Kim le Court defended her 100 Cycle Challenge title when the second edition of the event finished in Germiston, Gauteng, today.

“It’s been a long time coming and defending my title is a good feeling,” said the Demacon-Max Wax rider, who added that her team had been “amazing” on the day. 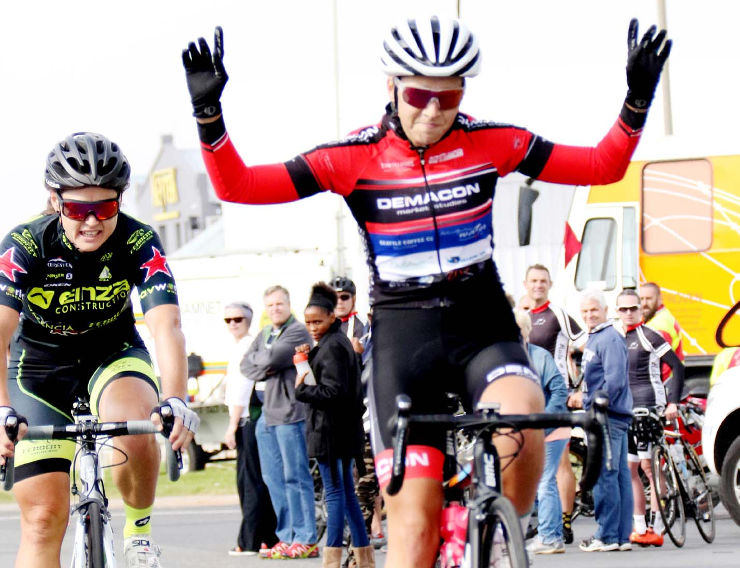 “Lynette [Burger] made it hard on the final steep climb and Heidi [Dalton] had an unbelievable lead-out as always.

“It is always our goal as a team to win.”

Le Court said she loved the 100km route, which kicked off at the Germiston Lake.

“I was a little nervous though, but for every race it’s the same.”

She added that her toughest competitors were Sanet Coetzee and Tiffany Keep.

“I was nervous about them, but mostly my biggest competitor is myself. I want to always be better than what I think I am.”

Le Court, who was recently crowned the Mauritian national road-race champion, said it was a blessing to win a race in South Africa, especially after “such great team work”.

“That makes it even better – winning [while] being the national champ.”