The 20-year-old, who is enjoying an international stint with Gsport, also won the U23 category of the race, which formed part of the Valencian ITT championships.

“It was my goal to win, even though I didn’t put too much pressure on myself as I’ve never done a time-trial in Europe [before]. 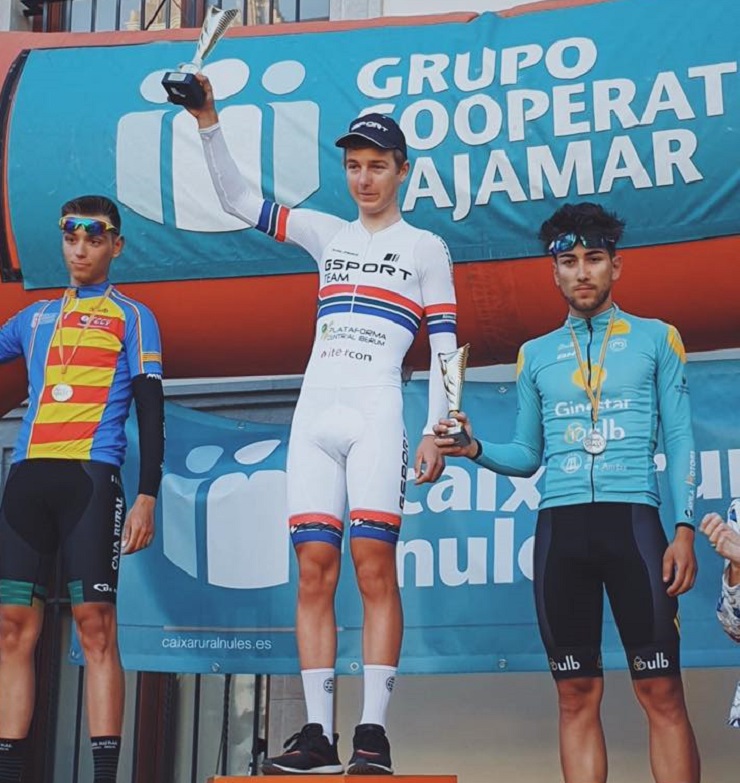 “I also didn’t know what the level of the other riders would be like,” said Munton, who luckily felt strong enough on the bike during a fairly technical and open course that was exposed to the wind.

“For the U23 category I knew I had a fairly good chance before I reached the finish. I passed four or five riders along the way so I knew I had done a good time,” said Munton, who finished in 29 minutes and 43 seconds, 55 seconds ahead of runner-up Joan Font Bertolí.

“The elites left after the U23 riders, so it was nice to see the times once they were posted.”

His strategy throughout the 23km time-trial last weekend was to not go out too hard and make up time on the hard sections, or those that suited him.

“I drove the route once in the car beforehand and knew it was going to be hard to pace as there were quite a few turns and the road surface was not great in a lot of places.

“Trying to corner on the limit the first time out during the race was not easy, especially on small farm roads covered in dirt, but fortunately it all turned out well.”

For Munton, wearing the national flag on his kit for the first time gave him extra motivation to do well and make his team and country proud.

“It’s my first victory in Europe, so one of many goals ticked off the list.

“Standing on the top step of the podium is always good for a team. It shows that the investment the sponsors are putting in is being used well.”

Next for Munton is the Vuelta Salamanca that starts tomorrow and runs until Sunday, followed by the four-day Vuelta Castello that kicks off on June 13 and the three-stage Vuelta Segovia from June 20.

“This month I have a lot of tours, which I am looking forward to.

“To start off with a win definitely helps with the motivation. I’ll keep fighting to get more.”