The first three stages of next year’s Giro d’Italia, which starts in Hungary on May 9, have been revealed by organisers today.

The 103rd edition will kick off with a 9.5 km individual time-trial in Budapest, followed by a 193km stage to Györ. The third stage will consist of a 197km route from Székesfehérvár to Nagykanizsa.

The time-trial will be flat during the first part and slightly uphill towards the end. 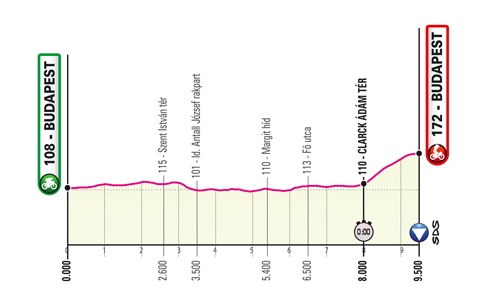 This stage will be suited to sprinters with a finish on the city boulevards.

The route will be mostly flat with slight, but mild, undulations. It will take riders on flat terrain to approach the finish.