The 27-year-old recalled that the last time she won the national champs was back in 2013 when she was riding in the U23 category.

“I haven’t won SA champs in the elite category so this feels really good,” she said. 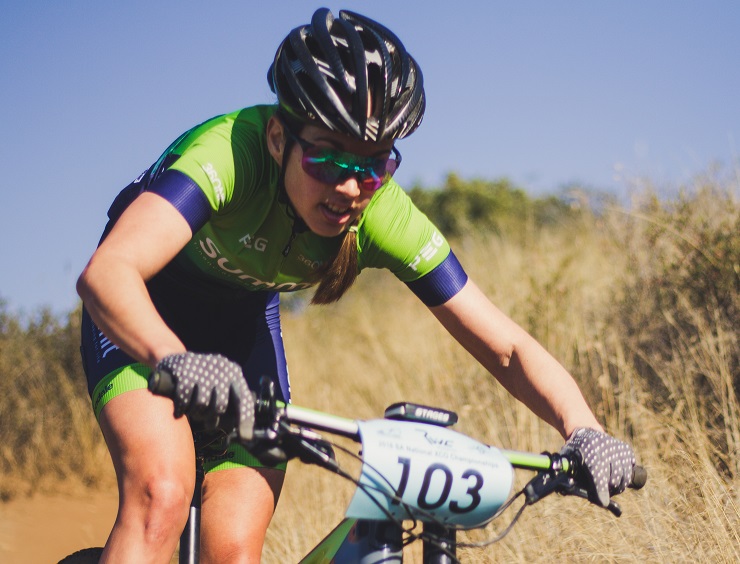 Lill, who placed 19th in the most recent UCI MTB World Cup in Les Gets, France, said she set out to execute her race strategy as well as possible and to stay safe on the technical sections.

“I wanted to ride from the front as much as I was able to. I always think it’s easier to ride according to my own strengths and put pressure on others where I can.

“It was a tricky, rocky course and if you were sitting second wheel and the front person made a mistake it’s possible that you’d have to dismount and lose time.”

Lill said she knew it would be a good battle between ultimate runner-up Mariske Strauss and herself as they had both been getting similar results in the world cups over the past few months and often raced head to head.

“It was basically just Mariske and me at the front from the start. I led for three laps; she passed me on the 4th one and created a few seconds gap.

“Going into the last lap I made an effort to get past her, knowing there aren’t many overtaking opportunities, and managed to stay in front until the finish.”

The Noordhoek resident said she liked the course and the technical sections, although it was a rough ride and certain sections became progressively more challenging as the race wore on.

“I feel there should’ve been more opportunity to pass and the elites should’ve had the course to themselves in order to make it fairer.”

The best thing about being a national champ for Lill is that she gets to wear her country’s colours at international cross-country races.

“That’s something really special. From a career point of view it’s one of my highlights and a good result to add to my CV for potential partnerships going forward.”