Veteran Australian cyclist Mark Renshaw announced today that 2019 will be his final year as a professional.

During a 16-year career the Dimension Data rider has won races such as the Down Under Classic in 2007, the Tour of Qatar in 2011 and Clásica de Almería in 2013.

“Looking back on my career it’s very gratifying to note the individual successes as well as being a major component in victories for my teammates,” Renshaw said.

“Being a key part of these victories has certainly been a career highlight and motivated me to perfect the role of a lead-out rider.” 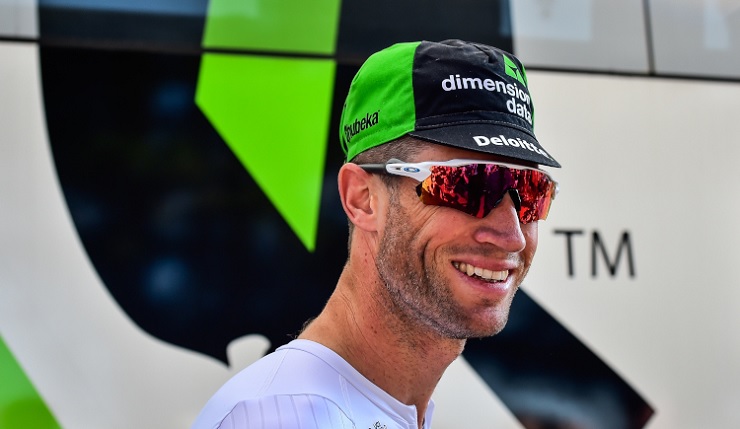 Mark Renshaw announced today that 2019 will be his last year as a professional. Photo: Stiehl Photography

The 36-year-old was the main lead-out man for fellow sprinter Mark Cavendish in races such as the Tour de France, where he helped him to win five stages in 2011.

The team announced recently that Cavendish is not part of their eight-man squad for the 21-stage Grand Tour that starts in Brussels on Saturday, a team which also excludes Renshaw.

“Some of my best memories were the moments I was riding for teammates and their successes. Finishing second on the Champs Elysees to my teammate Mark in the 2009 Tour de France was unforgettable,” he said.

Renshaw added that while he was not riding this year’s Tour de France, that decision was taken early on in the year.

“It’s a race that has played a massive part in my career and in my eyes is the greatest sporting event in the world. I have been fortunate enough to be selected 10 times and have loved every moment of the Tour.

“I can’t wait to watch what promises to be an exciting race and am fully supporting the team as they continue to bring the Qhubeka story to the world stage.”

Renshaw said he trusted 2020 and beyond would allow him to stay within the sport in some way. He also hoped the future would provide him with an opportunity to pursue other passions he had had to push aside. He also looked forward to being able to relax with family and friends.

“I’m most looking forward to being able to spend more time being a dad to Will, Olly and Maggie and giving my wife Kristina some extra support.

“I’m looking forward to enjoying the remaining races of 2019 with the goal of performing to my absolute maximum as we continue to chase good results for the team.”

He added that he knew it was the right time to step away from racing as his body and mind no longer allowed him to perform and compete at the required level for races like the Tour de France.

“I’m very fortunate to be able to make the decision to finish this chapter of my life on my terms and I’m hugely excited about my future ventures.”