Former professional mountain biker Timo Cooper hopes to get back to top form and achieve results with the Darkhorse Wheels Pro Cycling team, which he has joined for the rest of 2019 and possibly longer.

The 28-year-old, who hung up his pro wheels at the age of 24 after the 2015 Cape Epic, will ride as a stagiaire until the end of the year. Thereafter, if the season goes well and he improves he will be given a new contract to become a permanent asset for 2020.

“I’m extremely thankful for the opportunity to join the team. They have come a long way this year, establishing themselves as one of the major forces to be reckoned with on any start line in SA and even around the world.”

Cooper said his selection came about when he made it clear to fellow teammate and cycling coach Shaun-Nick Bester that he would like to race again in the near future. 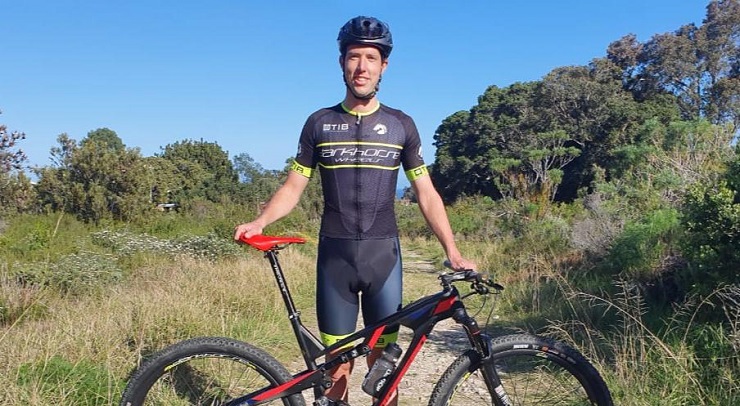 “He [said he] would have to give me some time to find my legs and head again though, so we started talking about the possibility of joining the team.

“I’m also always interested in becoming part of something new where I can make a difference as a rider.”

Cooper, who won the mixed-team category alongside his wife Michaele at this year’s Waterberg MTB Encounter, said apart from showing some form and achieving good results he hoped to learn from Bester.

“He’s been racing bikes for a super long time and has great insights on the sport, especially racing tactics and nutrition aspects.

“We also have a good relationship. We’re both very straightforward and always know where we stand with each other even though we haven’t raced together at all.”

He added that the team, who have also brought youngster Leonard van der Merwe on board, had given him a few months to find his form.

“After that the goals will include all major one-day races for the rest of the 2019 racing season as well as some of the three-day stage races towards the end of the year.

“I also think it’s a great initiative to have included Leonard. At the moment I think he’s most definitely stronger than I am, so maybe I’m the development rider,” said Cooper.

Bester said the team were excited to welcome a rider of Cooper’s stature on board as he had achieved “some amazing results” such as placing 14th overall in the Cape Epic alongside German Stefan Sahm before retiring.

“We’ll give him time to get back to top form in the coming months.

“I think Timo has a lot that he can contribute towards our growth on and off the bike.”