Watch the highlights from stage 11 of the Tour de France below.

The Lotto Soudal star, who now has stage wins at every Grand Tour, went shoulder-to-shoulder with the Jumbo-Visma rider in a sprint to the finish, with Ewan taking the victory by centimetres. Elia Viviani (Deceuninck-Quick-Step) finished third.

“There’s no other race I’ve dreamt of winning since I was a young kid,” said Ewan, 25.

“I can’t believe it. The Tour de France is something so distant from Australia, something we only watched on TV. I can’t believe I’m even here, and to win a stage is a real dream come true for me.”

The break of the day consisted of Stephane Rossetto, Anthony Perez (both of Cofidis Solutions Credits), Lilian Calmejane (Total Direct Energie) and Aime de Gendt (Wanty-Gobert), who had a maximum lead of 3:15.

Perez, Rossetto and Calmejane were caught by the peloton, leaving De Gendt 30 seconds up the road with 7km to go.

The peloton were all together 3km later.

Former Paris-Roubaix and Tour of Flanders winner Terpstra, who injured his right collarbone, had to abandon the Tour. 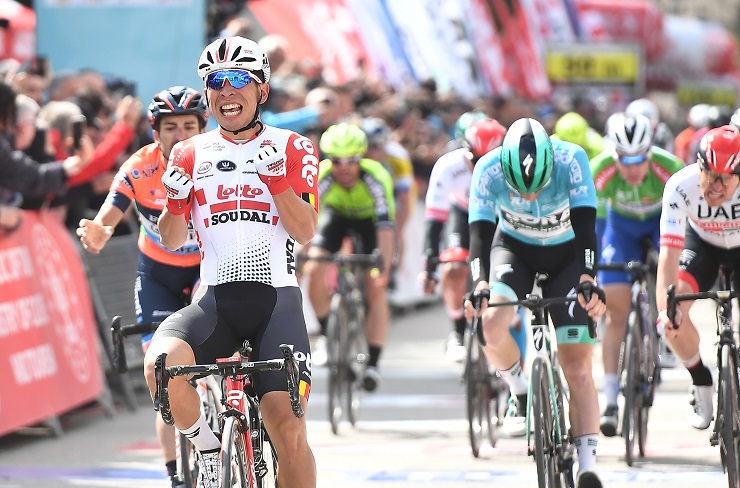