Highlights from stage 14 of the Tour de France can be watched below.

Julian Alaphilippe dug deep on stage 14 of the Tour de France to retain the yellow jersey atop of the Col du Tourmalet today.

Alaphilippe, who hung on to form part of a group of six with 700 metres remaining, finished second, just six seconds behind stage winner Thibaut Pinot.

The Deceuninck-QuickStep star now leads the standings in 56:11:29 going into stage 15 tomorrow.

Compatriot Pinot, who went clear within the final few metres, claimed a winning time of 3:10:20. Third was Dutchman Steven Kruijswijk, who finished in the same time as the GC leader.

German Emanuel Buchmann and Columbian Egan Bernal, who also formed part of the final six, followed eight seconds later while Spaniard Mikel Landa, a further six seconds back, had to settle for sixth.

The stage, which included two major climbs – the Col du Soular (11.9km long) and the Col du Tourmalet (19km) – brought a few disappointing setbacks for some of the main GC contenders. 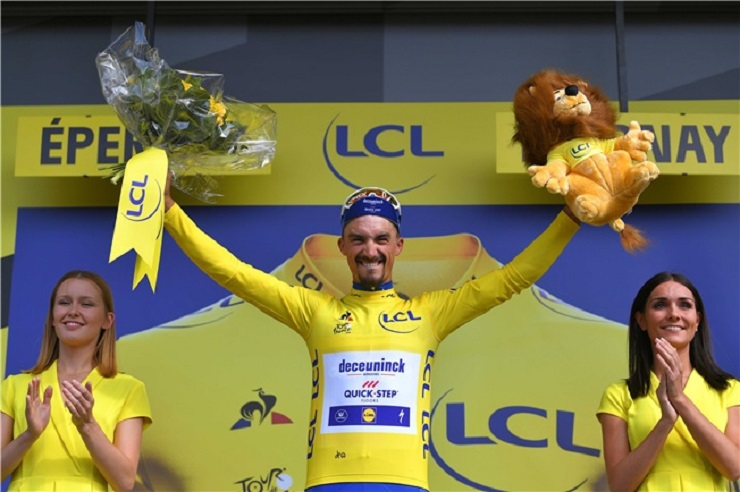 Defending champion Geraint Thomas, who fell behind within the final kilometre, was among those who lost time (35 seconds).

Ineos’ Thomas said he was not feeling great from the start of the race.

“I was hoping I’d come around a bit and obviously on the last climb it was just a matter of staying there as long as possible.”

He knew those in the leading group up the climb would kick at the end so he rode at his own pace with the goal of not losing more time.