The previous 4km record was held by 26-year-old Steven van Heerden, who set it at the Commonwealth Games in Brisbane last year. 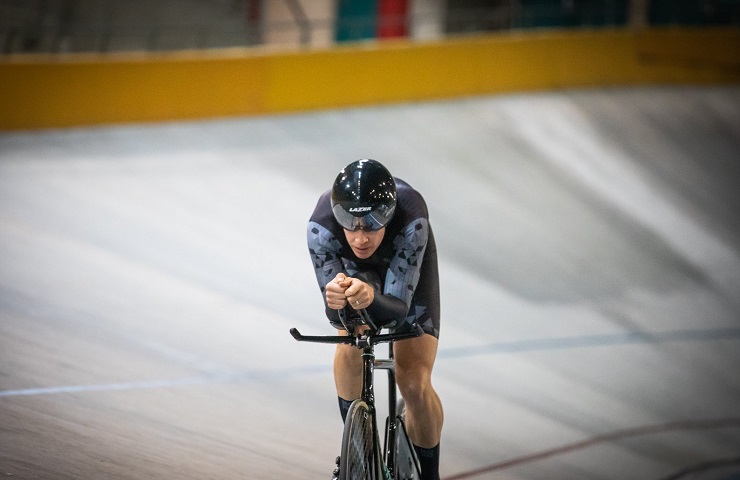 “It’s always been a dream of mine to achieve them. It’s been a build-up over a four-year period of working towards it, so eventually achieving it is very satisfying.”

“The whole event was set up with the purpose of attempting world records. I was fortunate enough to contact Robert and get a spot.”

He added that due to this arrangement there weren’t any placings or indeed anyone else in his age group attempting those distances or events.

“I travelled here with the purpose of attempting the masters (35-39) world hour record and trained specifically for that.

“So I didn’t prepare for the 4km and 3km pursuits. But seeing I was here and had the opportunity to do it on a very fast track I decided to go for it.

“I was fortunate that it worked out.”

The 250m Aguascalientes track is well known as one of the fastest in the world and sits at an altitude of 1 887m.

Fouche felt that being at altitude definitely helped him speed-wise as the air was less dense and therefore he could ride quicker with the same power output. He was also used to riding at altitude.

“The track in Johannesburg where I train is at 1 700m, so there’s only 180m difference, but the track surface in Mexico is perfect. It’s also a closed velodrome, so there’s no wind.

“Unfortunately it does not have climate control, so you have to do the events at the time of day when the temperature is right.

“I went at 2.30pm when it was 33 degrees Celsius, because then it was the hottest so the air was less dense. The track was also very fast.

“The altitude can work against you as well, but fortunately it’s more or less at the same height as what I’m used to.”

He added that he did not think it was necessary to do any altitude training due to there being so little difference between the two venues.

“I did do very specific work before coming here but focused on the hour record event, so it was more endurance-type efforts and intervals.”

Fouche will line up for his hour world record attempt on Thursday. “I hope that one works out too.”