South African Louis Meintjes‘s goal for this year’s Vuelta a España, which starts with a team time-trial in Salinas de Torrevieja tomorrow, is to finish the three-week race and hopefully achieve some good placings.

“Realistically, I want to get a Grand Tour in my legs this year,” the 27-year-old told In the Bunch.

“My goal is to finish the race. If I get a good placing anywhere that will be a success for me – whether that is general classification or stage results.”

The Dimension Data climber added that it was an unknown at this stage what he could realistically expect to get out of the event. 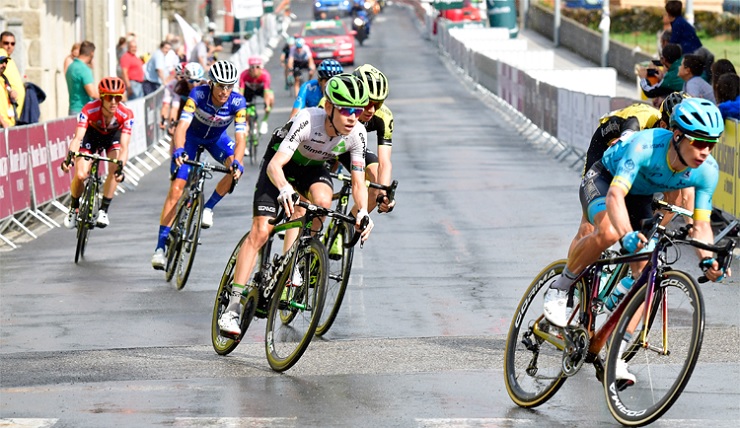 Louis Meintjes will take part in his sixth Vuelta a España, which starts with a team time-trial in Salinas de Torrevieja tomorrow. Photo: Stiehl Photography

“I don’t feel too bad, but I’ve seen the level [of competition] around me and it’s going to take some hard work to do something.

“Obviously I haven’t had the smoothest of years so I’m just grateful to be here on the start line and in decent shape.”

Meintjes, who finished 10th overall in the 2015 edition, said he would take the

race as it came and not worry too much about the upcoming stages.

“There are plenty of stages that suit me. It’s not that there’s a lack of opportunities. But it depends so much on how the race unfolds on the day, who is there and how things play out.”

“Some of the guys are going really well and we can definitely get something out of the race.

“We raced Vuelta a Burgos last week and the guys were really strong. So we will definitely have options.”