South African Matt Beers says he intends to take full advantage of the opportunity he has been given to ride as stagiaire with UAE Team Emirates for the rest of the 2019 season.

His NAD MTB team announced yesterday that Beers, 25, was released from his contract as of August 1 to join the WorldTour outfit.

“Thank you UAE Team Emirates for this amazing opportunity and to NAD for letting me pursue my dream as well as everyone else involved who have made it happen,” Beers said.

It had been a long process, he added, but after this year’s Cape Epic, in which he placed fifth overall alongside Alan Hatherly, the UAE team approached his trainer John Wakefield, who also coaches at the international team. 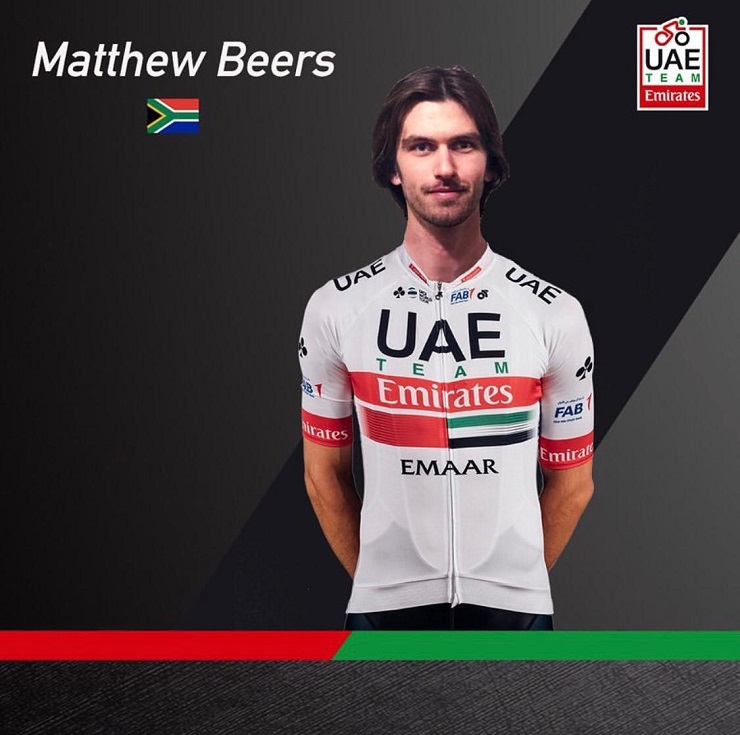 South African Matt Beers will ride as stagiaire with UAE Team Emirates for the rest of the 2019 season. Photo: Supplied

“From there John and Jeroen Swart worked very hard to get me this opportunity.”

Beers, who will be based in Girona, Spain, said he hoped to learn as much as he could in order to improve as a rider. He would also try to figure out how European racing worked as it was very different to SA.

“In turn I hope I can help them the best I can with my strengths as an all-rounder.”

The Mpumalanga Tour and Lowveld Tour champion felt it was important to know whether you, as a cyclist, could race for an international team or not.

“Now that I have this opportunity I’m going to give it my all and see if it works.”

He added that this specific team had “amazing riders, as well as really experienced managers and directors”.

“It’s also cool that my coach is in the team and to have people there who I’ve worked with for most of my career.”

Beers said he would now take it one step at a time and enjoy this “amazing opportunity”.

“I’ll just make the most of every second I’m there.”