South African Brandon Downes has built on his international experience by achieving a top-20 result in a Spanish-based race.

“I’m pretty happy with my result. Getting a top-20 in a European tour, especially one of this nature, is always a good achievement,” he said.

Downes, who has already raced three summer seasons in Europe, felt he put in a strong performance. 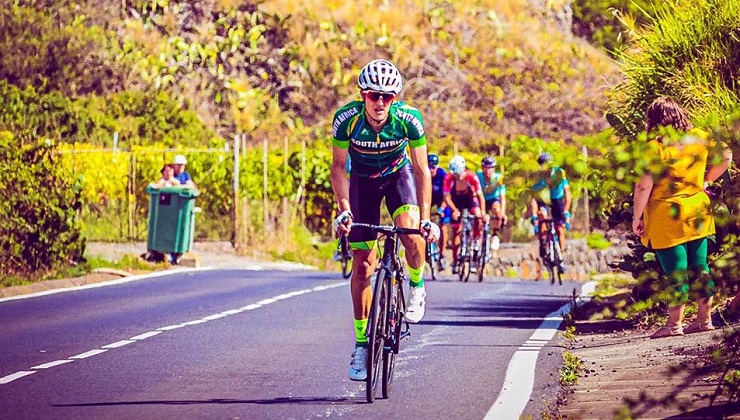 Brandon Downes has built on his international experience with a top-20 result in a Spanish-based race. Photo: fons_baute_fotografia/Instagram

“Generally I don’t go into a tour with a preconceived idea or specific expectation of the outcome, especially when racing in foreign countries, to avoid having a specific mental state which could affect my racing.”

Downes, who raced alongside fellow countrymen Louis Visser, Flavio Venceslau, Casper Kruger and Tristan Cuthbert, said one of their major aims going into the tour was to enable some of the younger riders to experience and learn from European racing.

“Some of them have never raced in Europe, and exposure of this nature is required to allow cyclists in South Africa to progress their development, as well as go to the next level.

“This exposure has opened their eyes to the level of racing in Europe and what is required to move further in their cycling career.”

He said the first stage they tackled was a 4.5km criterium that consisted of 10 laps.

“The racing was pretty intense from the start. We just wanted to stay safe and get through the first stage, which we managed to do.

“Stage 2a was a hill-climb team time-trial, which is always a challenging discipline. Team time-trials are never easy and adding a hill-climb makes it even more challenging. We gave it our best effort and were satisfied with our performance, however we also realise there was room for improvement.”

He said stage 2b covered 70km, with two category-three climbs. It finished with a category one-climb that was about 15km long.

“The racing was hard from the start, as the race started with a cat-three, we were always well represented in the race and I was able to do something on the final climb which moved me up in the GC.”

Downes said the third stage was tough as none of them had ever tackled a 40km climb before.

“The total length of the stage was 47km, with 40km going uphill and finishing at an altitude of about 2 300m. Starting at sea level and riding up the volcano [Mount Teide] was a great experience.

“I went relatively well and finished in the top-20 on the stage.”

The final stage was over 50km and featured a category-one climb, with a category-three climb towards the end.

“The racing was really hard at the start, as teams tried to position their riders for the first hotspot, after which the first climb started.”

He said all in all he enjoyed the tour, especially as it entailed so much climbing, which was one of his strengths.

“I was impressed with the organisation and the way the tour was run.

“Next we’ll be racing more international events, which also includes some UCI races.”