This year’s Giro d’Italia champion Richard Carapaz has signed a three-year deal with Britain’s Team Ineos and will join the outfit from the start of the 2020 season.

In a statement, team principal Sir Dave Brailsford said they had long been admirers of Carapaz’s talents. They had followed his development closely down the years as he was always seen as a potential member of Ineos. 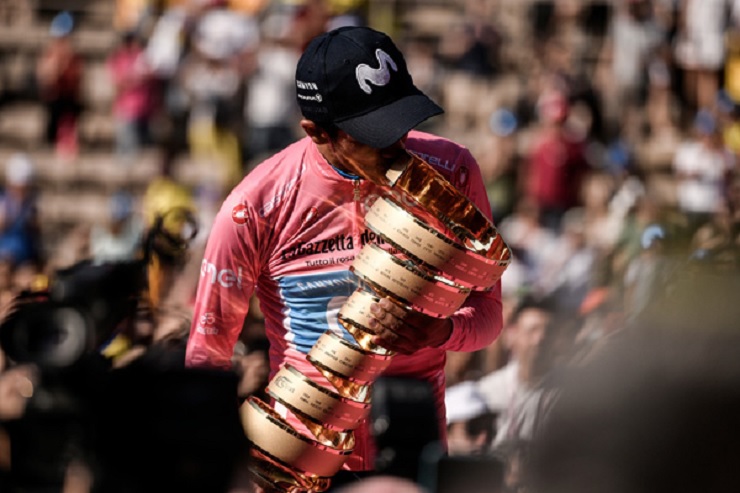 “We are very pleased to have signed Richard from the start of the 2020 season,” said Brailsford.

“He is obviously a fantastic climber but also has great versatility as he showed at the Giro earlier this year.

“He is still relatively young and I have no doubt he can develop and improve even further.”

The 26-year-old Carapaz, who became the first Ecuadorian rider to win the Giro, said he was excited to be joining the Manchester-based team.

“I feel this is a great opportunity for me to continue my development and growth as a rider, working with a team that continues to go from strength to strength, year after year,” said Carapaz.

“I already know a lot of the riders on the team and I am really looking forward to working with everyone from next season.”

He believed he would fit in well and be able to race to his full potential over the coming years.

“I want to achieve some great triumphs for the team.”