East Londoner Jevandre Pauls has rediscovered his love for competitive cycling after returning to the sport following a life-threatening accident back in March 2014.

The 24-year-old, who was in a medically induced coma after he and Craig Symons were knocked down by a car while training in Cape Town, will line up for his first Wines2Whales event tomorrow. 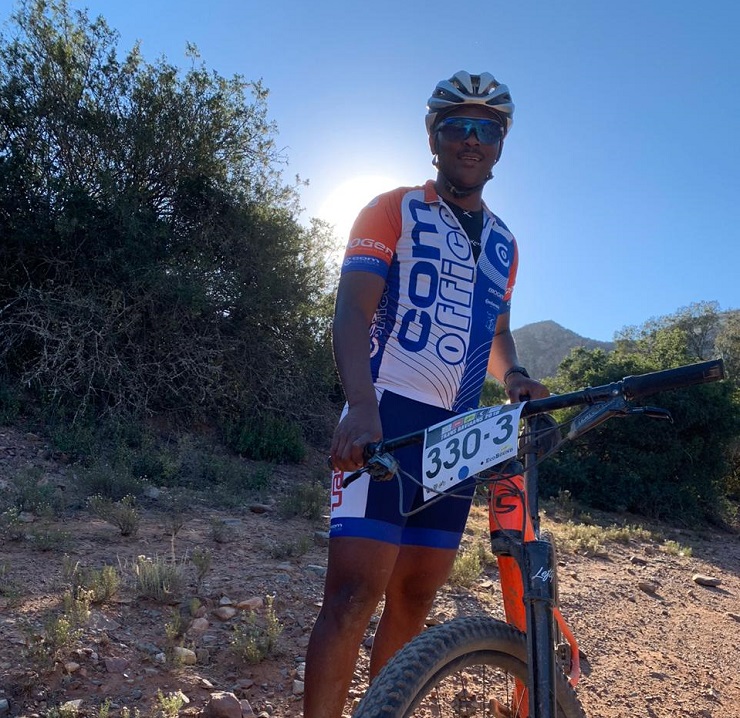 Jevandre Pauls will line up for his first Wines2Whales tomorrow in Somerset West. Photo: Supplied

“I’ve always wanted to do one,” said Pauls, who will compete in the three-day mountain-bike race from Somerset West alongside friend and mentor Cameron Middleton.

“Our goal is just [for me] to start loving the sport again. I’ve decided to do my first one for fun, but we’ll see how the days go.

“Cameron and I are good friends. We’ve ridden thousands of kilometres together and we always make it fun.”

Pauls is new to the mountain-biking scene and was first introduced to it at this year’s Trans Baviaans.

“He helped me start riding again. He’s my biggest supporter and has always motivated me to push harder.”

The Com Office/Biogen rider said his life changed when someone drove into him while talking on a cellphone.

Pauls was in a coma for six weeks and afterwards had to learn to walk again. He had swelling of the brain and severe facial fractures.

“I’ve been racing tandem with Cameron and finished third in that category at this year’s Herald Cycle Tour, which made me want to accomplish big things in cycling again.

“I realised I still have something in the engine. I want to make a name for myself in the mountain-bike scene.