Ironically, the 30-year-old said she had in fact spent a lot more time focusing on the road than the track and would have expected to receive colours in that discipline.

“However, it’s a proud feeling. Track will always be a huge passion of mine.”

It was good to have made her province and country proud, “especially knowing I’m able to ‘give back’ in a small way to the people who work hard to support me”. 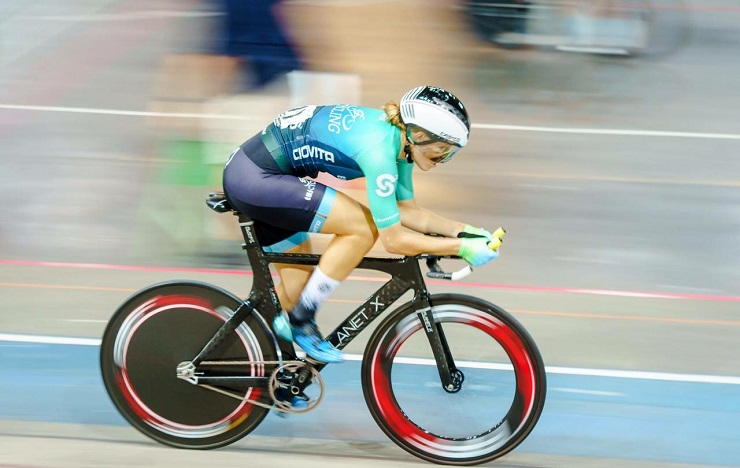 Matthee, who secured numerous victories at this year’s national track champs, said although receiving colours was a special achievement for her personally it did not really impact her career.

A multifaceted approach was required: “You’d need to eat, gym, train and work your butt off to fund yourself.”

To be “truly special”, such dedication would then need to be replicated “in a setup in the UK or the US as we unfortunately just don’t have the infrastructure anymore, especially now the Bellville Velodrome will be turned into a mall”.

She said the highlight of the season and her proudest moment was when she won the African Games Road Championships while battling with illness.

“Despite the fact that I’ve struggled with my health this year, which is frustrating for anyone, [thankfully] I’ve finally got to the bottom of it.

“Unfortunately it has cost me a full season. However, I’m just so relieved I finally know what it is and can deal with it accordingly.”

Matthee added that it definitely had affected her more mentally, as she never knew quite what was wrong with her.

“I had great days and really bad ones, too. I’d been training hard and sometimes it would show in races. But at other times it would feel like I was a 10-ton truck racing F1 cars. I was literally going nowhere slowly.

“Nonetheless, I’ll be back to normal soon. As for now, all I can do is rest and recover.”

She said being in a good place physically, mentally and emotionally was the most important thing in any athlete’s career.

“They all need to work together at the same time, hand in hand. So if you’d have asked me if I was in a good place while I was in Europe I’d probably have answered no.

“I was physically and emotionally there, but I struggled to believe in my abilities. I could feel I wasn’t myself, but I couldn’t point out exactly what was wrong.

“As of right now it’s a step in the right direction. The cool thing about being down is that there’s only one way and that’s up. I’ve got so many people who are always behind me, motivating and encouraging me. I won’t stop till I’ve made them proud.”

Compared to previous years, Matthee said she felt she had matured as an athlete in 2019.

“I’ve learnt the hard way. But I now know the importance of listening to my body.”

Her highlight of the year was winning the road race at the African Games, while juggling two jobs at the end of last year and the start of this year had been a challenge.

“I just didn’t have enough time to train, which made me feel down.

“My goal for now is to rest, recover and get healthy again so I can come back stronger.”