A second-place in the 2017 Colin Mayer Tour has inspired Andrew Hill to go for the top tier of the podium in this year’s three-day race, which starts in Mauritius today.

The 37-year-old, who achieved that result on debut at the event alongside Tyronne White, has returned to the Indian Ocean island with 17-year-old Travis Stedman.

“I wanted to go back and race it again to prove we could be up there, maybe this year on the top step.

“Another reason for my return is to introduce Travis to more stage races.” 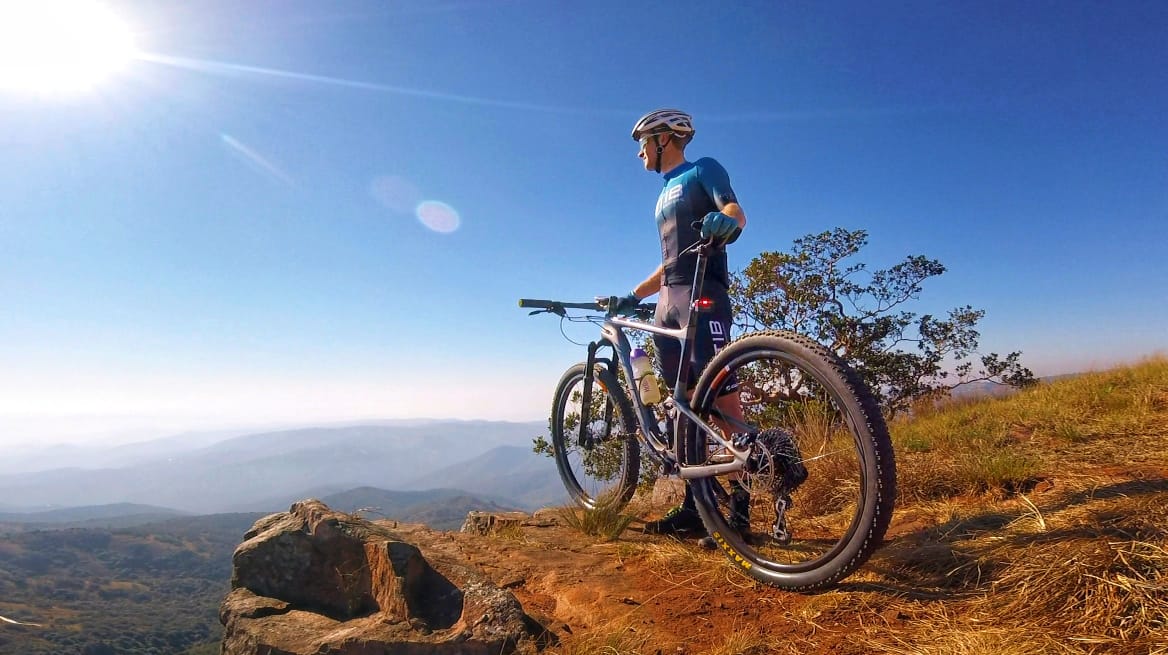 Andrew Hill is aiming for a win in the three-day Colin Mayer Tour that starts in Mauritius today. Photo: #tibmedia

Hill said he felt strong ahead of the 180km mountain-bike adventure after some positive training sessions in the lead-up.

“It will be good. But with stage races you never know what’s going to happen. It’s always a tough call.

“It’s good to know though that, form-wise, I’ve gone and done the hard work.”

The TIB Insurance Steel and Pipes rider felt the likely challenges would be the heat and the terrain.

“It’s slightly different to other areas, but coming from Durban we know how to handle humidity.

“Regarding the varying conditions, it is quite rocky and rough and if it rains it can be slippery.

“Challenges will come our way no matter what, but it’s all about how you roll with them.”

Hill felt excited at the prospect of mixing it up with his fellow riders while he and Stedman contend for the win.

“There’s a strong core of good riders so it will be nice to go over and spend time racing with them.

“It will also be critical to help Travis. He’s a powerful cross-country rider and has a good engine. I actually think I’ll learn a lot from him.”

He added that each stage, covering around 60km, would contain a fair number of punchy and rocky climbs.

“Each day is fairly short, but it will definitely be good fun and it should suit me.”