Reynard Butler will be chasing further success and UCI points in the Tour of Peninsula, which starts in Malaysia today.

Butler, who recently won the final stage of the Tour of China II, said he felt confident ahead of the five-day UCI 2.1 race.

“The team also did well in the Tour of Iran so I think we can be confident knowing we can pull off a win, maybe even more,” said Butler.

He was referring to the five-day tour in Tabriz, Iran, where teammate Kent Main placed sixth overall. 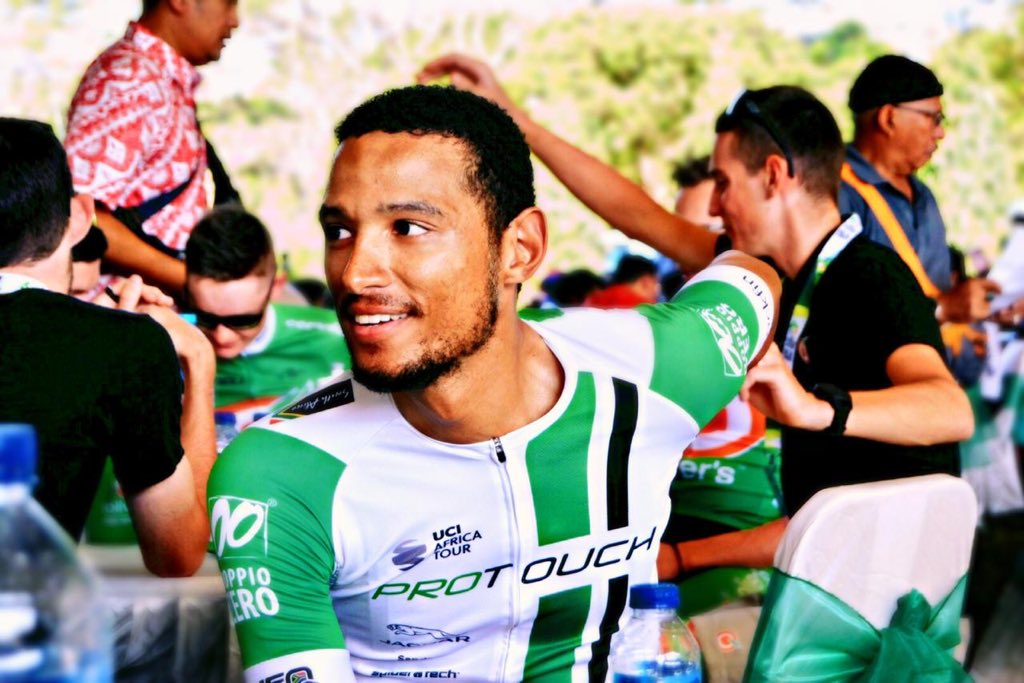 Reynard Butler will be chasing further success in the Tour of Peninsula that starts in Malaysia today. Photo: Supplied

Aside from Main, Butler will line up with Mitchell Eliot, Rohan du Plooy, Clint Hendricks and specialist rider for the Malaysian tour Steven van Heerden.

Butler said for him personally it would be a case of continuing where he left off.

“I don’t think it will change much if I don’t hit my goals. But if I manage to do that then it will be the icing on the cake for the year.”

Regarding his stage win in China near the end of September, Butler said it was an incredible feeling.

“It took me a day or two for it to sink in, but when it did I sort of realised how big it was.

“As a rider you always think of the top step of the podium and with my third position in the [fifth stage of the] first Tour of China at the beginning of September, and many top 10s, I knew I still had a lot to give, especially in sprints.”

Butler said his ProTouch team did an excellent job on the final day to put him in the right position for the win.

“It was really special for me.”

What this achievement means to him is that he now knows he can win against some of the top riders at that level.

“It’s always a confidence battle for me, not knowing whether I can or can’t, but after this it put my mind at ease for the upcoming tour.”

He felt his experience internationally had been good and that each of his teammates had learnt something new about themselves and one another.

“I learnt a lot about myself. Being a sprinter, I knew I could win. I’d always like to think that, especially against bigger competition.

“I also learnt it’s more of a mental than a physical thing. There’s a fine line between finishing off a race and winning and actually thinking about it.

“Team-wise, we’re a unit working towards one common goal. It was good to bring home results.”

He added that this had all played out in his favour and boosted his confidence ahead of this week’s tour.

“You always strive for the best and want to win. Top results give you a sense of satisfaction that hard work and sacrifices are paying off.”