South African Nicholas Dlamini says his performance in last month’s Vuelta a Espana was a step towards achieving his goal of moving up in the professional ranks.

The 24-year-old Dimension Data rider said the Vuelta, his first Grand Tour, was a great experience and one he would never forget. He had also learnt a great deal from the experience.

“I’ve got bigger plans for next year now,” Dlamini told In the Bunch.

“I personally want to step up as a rider. So this was a great step towards that. I’d like to ride another Grand Tour in the future; which one, I can’t say.” 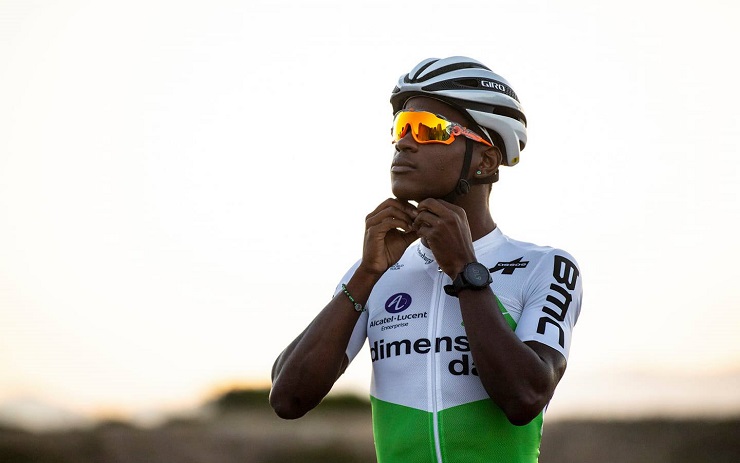 Dlamini added that the Vuelta exceeded not only his own but everyone’s expectations as it was said to have been the second toughest Grand Tour in five years.

“Just look at how long it took every day for the breakaways to go. So yes, it was fairly hard.”

Dlamini, who won the king of the mountains jersey at last year’s Tour Down Under and Tour of Britain, as well as the 2017 Baby Giro, admitted the Vuelta climbs were out of his comfort zone.

“To be honest when you get to that level you start to realise there are special climbers out there. The climbs were also super long.”

He said the strength of the field added to the challenge.

“You’d be going up a climb riding at +-400w and still be getting dropped by at least 100 people. So right there you could see the level was super high.”

Dlamini, who placed 107th overall out of 153 riders, said he found all the stages challenging.

“Any stage that had a climb in the first 20km was always a problem, because it was hard to tell what would happen.”

There were a couple of stages he did enjoy and which he felt suited him better.

“Mainly [these were] all the stages in the first week and stage 15, as there were good punchy climbs.”

A challenge he had to face throughout the gruelling tour was fatigue.

“I was always worried about how my body would react when I was really fatigued.

“I’d try to listen to my body as I knew it was a long race and I wanted to finish.”

Dlamini said a few things stood out for him during the tour.

“The first one was being in the front core on stage three, riding at high speed and seeing all the top riders there in the last 5km and myself alongside them.

“The second one would be the day I made the breakaway. I’ve always wanted to be in a break in a Grand Tour and win from there.

READ |  Sheldon Muller on the road to success with new team

“That wasn’t the case, but the fact that I was in the break of the day was pretty special.”

There were a few things he learnt from the Vuelta and that he took home with him.

“These were digging deep, working closer to your limits, being a good team player and taking what your body gives you on the day and working with it.”