The men’s event was won by Michiel van Aelbroeck and Erik Kleinhans, while Marc Greyling and Rohan Kennedy crossed the line in second. Alexander and Joshua Bezuidenhout came third.

“The plan was to push the pace on the first climb, like we did last year,” said Lill.

“We managed to get a little gap over the dormakaba team of Robyn de Groot and Amy McDougall, but they closed it again on the rolling section that followed. Then, on a little kicker before waterpoint one, Amy seemed to be struggling a bit, so we accelerated again.

“We got a gap and pretty much held it steady all the way to the finish.”

Morath added that the racing was tough.

“Racing in the pouring rain from the start made it really difficult to see where we were going, especially following in the slippery and muddy singletracks.” 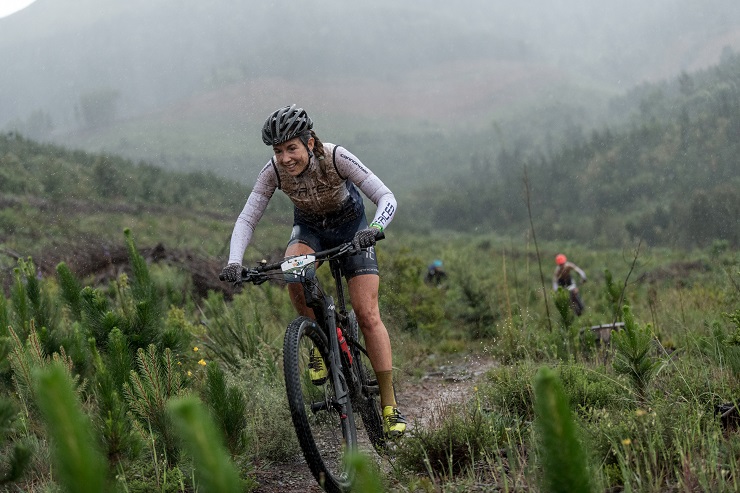