For Carla Oberholzer, successfully defending her title in the 947 Ride Joburg on Sunday would be a celebration of how far she has come this year after two serious injury setbacks.

“It will also serve as a reminder of how privileged we are to do what we do on a weekly basis,” said the 32-year-old former national road champ, who has had a rollercoaster ride in 2019.

“I didn’t have a great start to the year, but gradually gained some momentum after starting with a new coach in May,” Oberholzer said. 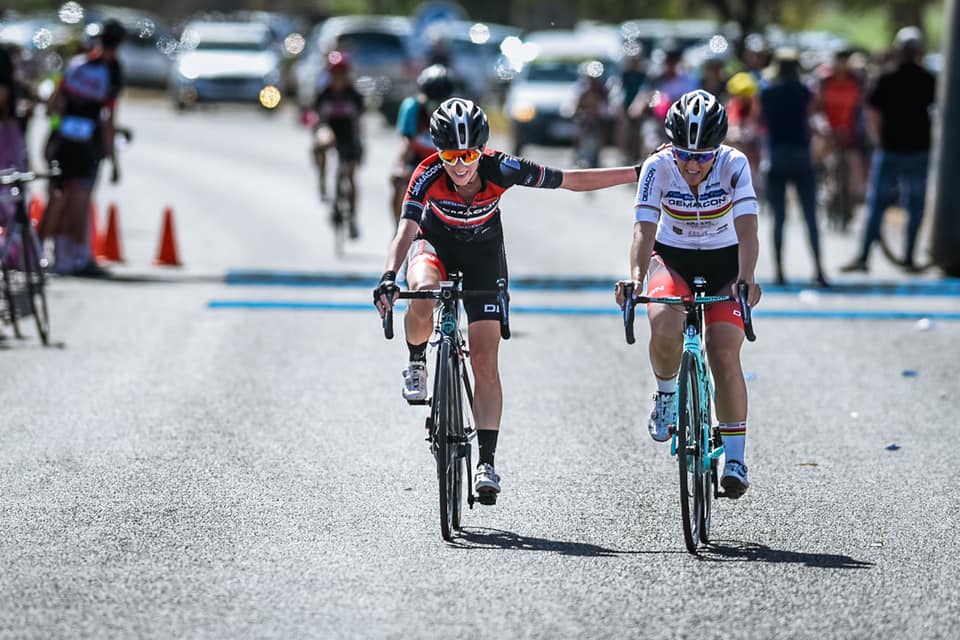 “After good performances at Panorama, Kremetart and Jock I had a freak accident while training which resulted in a pelvic fracture in July. On the same day I heard that I wasn’t selected for the team going to the African Games.

“This was a big blow as I had to appeal my way into the team while also recovering from my injury.”

The Demacon rider said they managed to get her going well enough to compete again and she had decent form at the African Games and going into the European Ladies Tour.

“Unfortunately I again crashed on the first stage of our first tour, which resulted in a broken collarbone and I had to fly back home for surgery.

“I was obviously very disappointed, but I also come to a realisation that came with a sense of peace about where I am in life and where I wanted to be, what were matters of life and death and what was simply cycling.

“I was somehow in a better place after my injuries as I decided that I won’t expect much from the rest of the season except to appreciate each day I was healthy enough to ride, be grateful for every step of progress and celebrate each result on my way to becoming fit again.”

She added that she realised anew that she had wonderful people around her who loved and supported her no matter what, and that she had a God who had a greater plan and purpose for her than she could ever know or imagine.

“I think my biggest achievement for the year was to a greater degree on a personal level than on a cycling performance level. I grew as much, if not more, as a person this year than what I grew as simply a cyclist.”

The Amashova champion said she was not sure what her form was like ahead of this weekend’s 94.7km event, but she just felt excited to be racing.

“I love racing my bike and lately I’ve really tried to do it with all my heart. I’m excited to see as many ladies as possible on the start line and I’m hoping for a hard, positive race from them all.

“We haven’t discussed tactics for the race, but I know it’s a great route with lots of opportunities to make it interesting.”