Cian Leveridge sprinted to victory in the road race at the Drakensberg Extravaganza in Bergville yesterday.

“Andrew made it a really tough fight on the climb with about 10km to go,” said Leveridge.

“I knew I had to stick with Andrew on that last climb and then after that, on the run in to the finish, it became a bit of a game of cat and mouse.

“From last year I knew that if I got to the last 90-degree corner first then I should have it and so I made sure I went in there ahead of Andrew.” 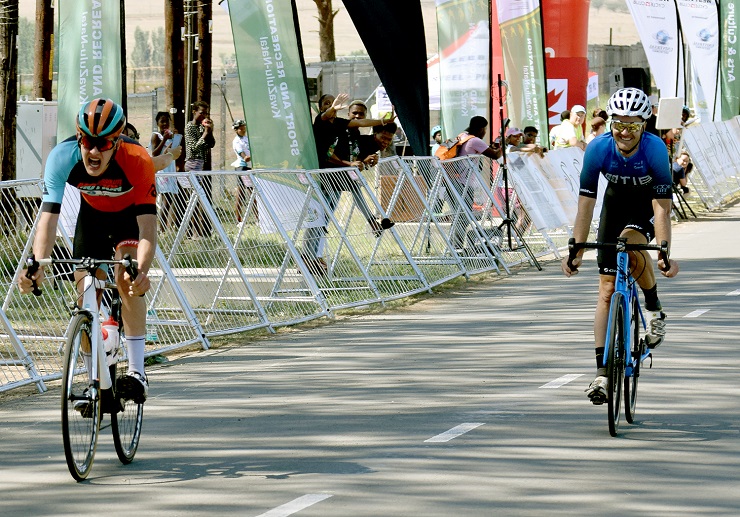 “I just tried to stick with the front guys for as long as possible,” said Janse van Rensburg.

“I got dropped from the front group just before 30km and then Warren Moolman and I worked together with a couple of other riders.

“Elmari was pretty strong today I think, but once I was in the second group and she was in the third group I was confident I could win it.”