Kevin Benkenstein‘s goal for this year’s edition of The Munga, which starts in Bloemfontein tomorrow, is to be brave and put himself in the best position to implement his strategy.

“I’ve never been brave enough [before] to push myself to implement my pre-race plan,” he said ahead of his fourth Munga.

“I’d like to do that and not take the easy option as I have before. If I can do that and make good strong decisions then I’ll finish happy.”

The 33-year-old, who earlier this year set a world record for the largest GPS drawing on a bicycle, said he was very lucky to be in a good place mentally and physically for the 1 000km single-stage mountain bike race. 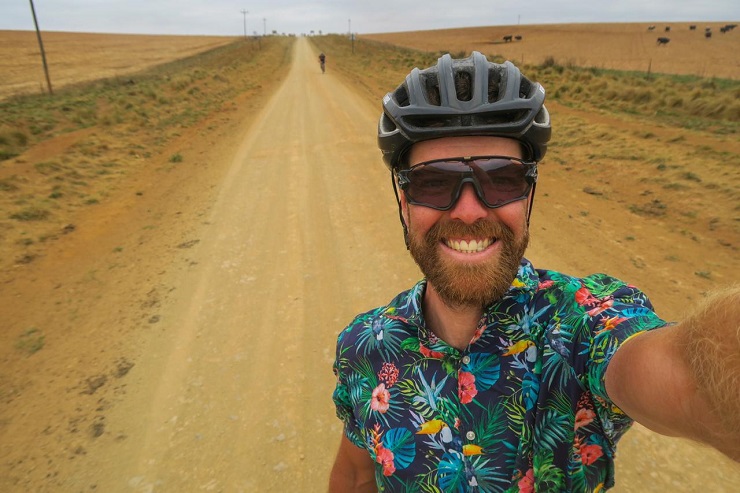 Kevin Benkenstein aims to put himself in the best position to implement his strategy at this year’s The Munga, which starts in Bloemfontein tomorrow. Photo: Supplied

“Without going into too much detail I’ve let go of some of my personal demons in the past year and am [finally] comfortable with who I am. Not needing to prove anything to myself or others is hugely freeing mentally.”

Benkenstein added that he had had good training preparation and his health was on track too.

“I feel better physically than I have in some time, which is nice.

“I’ve been really lucky to have some great training advice from experienced rider friends which I’ve been able to implement nicely and which has allowed me to prepare better than I have before.

“I must say thank you to Mike, Andy, Sarah and Jesse for that.”

Benkenstein, who placed third in 2017 and fourth last year, added that he had been “pretty lucky” to have had some good riding this year, having taken two tours to Lesotho in September and October which gave him a good base of fitness.

“I think that was important because it meant I did no intervals and got used to just riding for long hours again, day after day, rather than more structured riding and living.

“Since then I’ve just tried to develop some leg speed, which is my biggest weakness as I don’t race often. Hopefully I can ride a little faster than normal because these full-time racing guys are bloody fast.

“I feel good, although that really is a small piece of a big puzzle.”

Regarding keeping momentum throughout the gruelling ordeal, he felt it was all about maintaining a sense of urgency at all times, which was not easy to do when tired.

“To combat that I’ve made the decisions for myself already, so the plan is to listen to not-sleep-deprived Kev.”

He felt the biggest challenge would be to keep pushing himself when he was alone.

“I’ve set a pacing strategy to follow so that I can implement what I decided before my mind is clouded with fatigue.

“I learnt that sometimes I need to be more selfish when racing, more self-confident too.

“So I’ll try to worry about getting myself to the finish as quickly as possible and trust that my preparation will allow me to execute my own race as I hoped when writing my race plan yesterday.”

Benkenstein felt the route suited him as he had done relatively well on it in the past.

“But really over 1 080km it’s more about mental toughness than being good at hills or flats. If you’re weak mentally it means nothing being good on this terrain.

“I like gravel roads and the challenge of the corrugations and heat though, that’s for sure.”

He added that he would also try to eliminate the noise of the race and worry about what he was doing and not what others chose to do.

“What I’m most looking forward to is seeing my wife and child at the finish knowing that I’ve ridden in a way that makes them proud.”

NEXT ARTICLE | The Munga: Live tracking and leaderboard for 2019