Myles van Musschenbroek is gearing up for a new challenge when he tackles The Munga mountain bike marathon for the first time.

The 27-year-old, who is usually seen on the road competing for ProTouch, is looking forward to his debut in this gruelling test of stamina which ends at the Doolhof Wine Estate in Wellington.

“I’m feeling great heading into it. I have prepared the best I can,” said Van Musschenbroek. 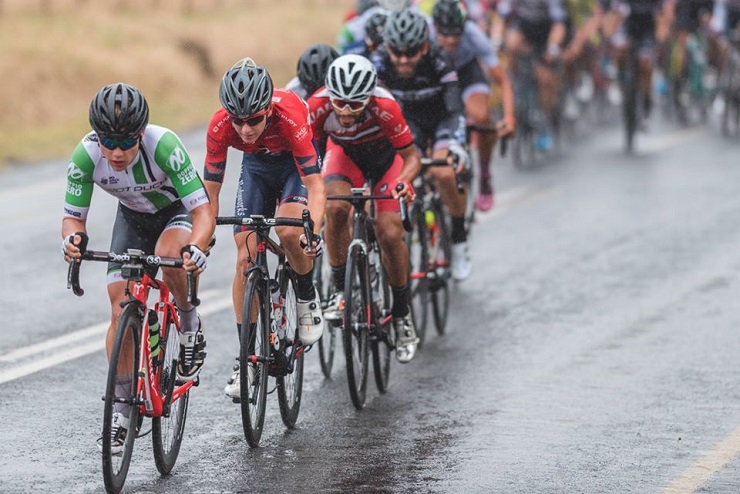 Myles van Musschenbroek is gearing up for a new challenge when he tackles The Munga, which starts in Bloemfontein tomorrow. Photo: Henk Neuhoff

He added that he had always wanted to tackle the challenge.

“Everyone has their own reasons for wanting to take on such a massive race.

“There’s something about finishing such a gruelling event that stays with you forever. I’m extremely grateful that Barak has sponsored my entry. I wouldn’t have been able to do it otherwise.”

Van Musschenbroek said he had participated in the Trans Baviaans this year, which had probably been his longest mountain bike ride to date.

Apart from that he also tackled two Everesting events, which had comprised close to 17 hours of cycling each time.

“I’ve been doing a few long mountain bike rides once a week to prepare. Other than that [it’s been] just my usual training for the local road races.”

Regarding tactics, he said one thing he knew for sure ahead of this event was that at some point he would hit rock bottom.

“It’s how you manage that situation that will define your race.

“I do have a plan and strategy but I also don’t know how my body is going to respond to the conditions and the lack of sleep, so I need to take it as it comes.

“Finishing in anywhere close to 65 hours would be a great ride from me. This would mean four hours of total sleep and a lot of mental strength.”

Van Musschenbroek felt the toughest challenges would be the weather conditions in the Karoo.

“Extreme heat during the day and cold conditions during the evening [are expected]. Functioning and keeping focused on less than six hours of sleep in three days will be very difficult.

“I’m used to getting bottles from my team car during a race, so carrying everything I need will also be very different and make my bike heavy.

“I’ve planned and prepared for these challenges though, so I’m excited to get started.”

He said he most looked forward to riding at night on his own in the middle of nowhere under the stars, and also to just finishing the event, which features a predominantly off-road route.

“I don’t know the route at all. I just know it’s long. It’s very dry and the days will be hot. From what I hear there are some climbs towards the end.”

Van Musschenbroek said his initial goal was just to finish.

“It’s my first time. I want to get through it in one piece and find personal value in completing it.

“However, it’s still a race so that’s always in the back of my mind. The field this year is probably the strongest ever, so I’m also realistic when setting goals.”

Regarding next year, he said he planned on doing more mountain bike races.

“However, I don’t have a contract for next year with my current team and sponsorship is hard to find these days, so I’ll race when I can next year.”