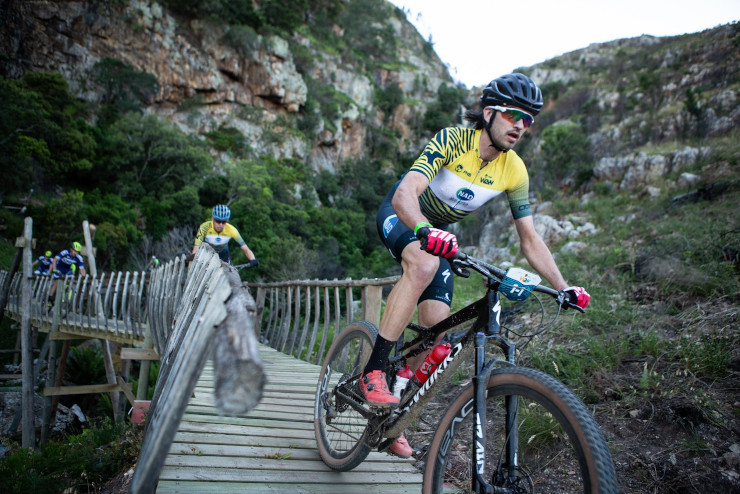 Arno du Toit and Gert Heyns, who finished in second, trail the leading duo by a minute and a half. Third today and overall were Matthys Beukes and Philip Buys.

Alisha Meyers and Katja Steenkamp also had another good day when they claimed their second stage win in the women’s event.

They were followed by Elrika Harmzen-Pretorius and Bianca Silberbauer, with Shannon Carleton and Bessa Odendaal in third.

The mixed event saw Jennie Stenerhag and Craig Gerber grab another victory, while Marco Schaer and Yvonne Waltert had to settle for second again.

Conway Brett Oliver and Catherine Williamson took the final step on the podium.