Defending champions Matt Beers and Wessel Botha took the opening stage of the Wines2Whales Shiraz by two tenths of a second in Somerset West today.

Matthys Beukes and Philip Buys crossed the line just behind the winners, with Arno du Toit and Gert Heyns completing the podium. 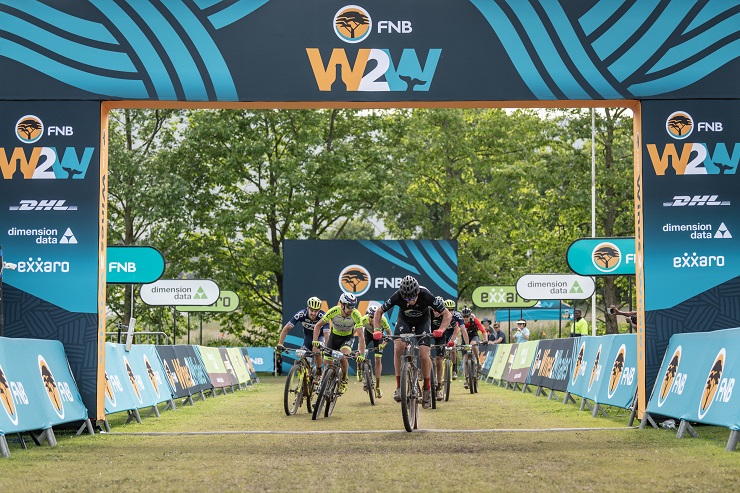 Wessel Botha and Matt Beers sprinted to victory on stage one of the Wines2Whales Shiraz in Somerset West today. Photo: Xavier Briel