David Maree says winning the Joburg Omnium on Sunday came as something of a surprise as he did not put in much preparation for it.

“I had kept on training since the 947 Ride Joburg though, and felt I only got better the more we were riding.”

Maree said he always tried to do his best, but after the first three events he was lying in third place overall and did not think he had the power to win.

“I was just trying to hold onto the podium, but then my legs came around and I had a good points race,” said Maree, who placed second in the scratch, fifth in the tempo, third in the elimination and first in the points event. 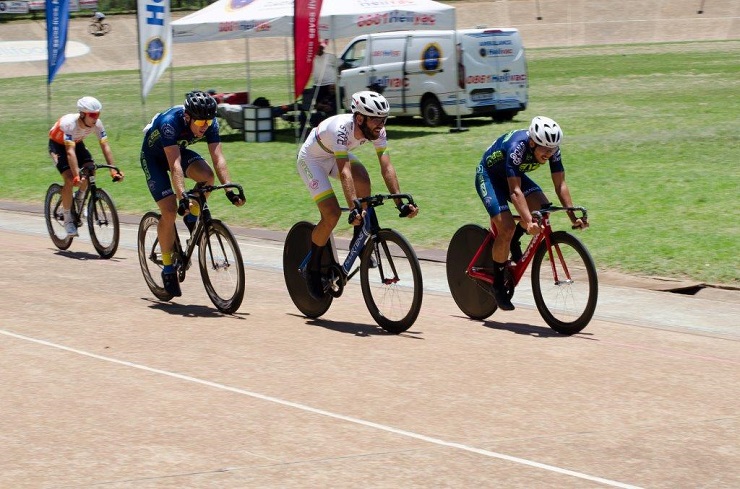 “I was just okay in the other races and lost out quite a bit in the tempo. The guys are always good and you can’t give anybody too many points because you can’t catch up.

“The elimination was also not too great as guys did not know when they were called out, which caused some confusion.

“Heading into the points I wasn’t too confident. Steven [van Heerden] had a few points on me and he is one of the best points racers in SA.”

Maree felt he did not do too well chasing points from behind.

“I do better when I lead and was not confident going into the points trailing behind Steve and Josh [van Wyk]. I also had Morne van Niekerk equal [to me] on points going into the last event, so I was worried about losing third.

“I probably enjoyed the points event the most as it was the best race for me where I won the event.

“The tempo race sucked as I missed the move and in this race if you don’t go over the line first you get no points, so I ended up not scoring one point.”

With regards to the rest of the season, Maree said he would not be competing in the Paarl 6 track event but had a few people “nagging” him to do Paarl Boxing Day again.

“I was going to sit it out as I have done the last three to four in a row and it’s difficult coming from Johannesburg for the event on December 26, but I might crack and just go and do it again.”

For next year he will be focusing on both road and track riding.

“The main focus is the road as this pays the bills, but when opportunities come up to race on the track I will always take them as I love the track – possibly more than the road.”