Josh van Wyk beat the 25-mile record that was set in 1985 when he won the prestigious event at Paarl Boxing Day in Paarl on Thursday.

“It’s an unreal feeling to have beaten a record that has stood for so many years. No one thought it would be broken,” said Van Wyk. 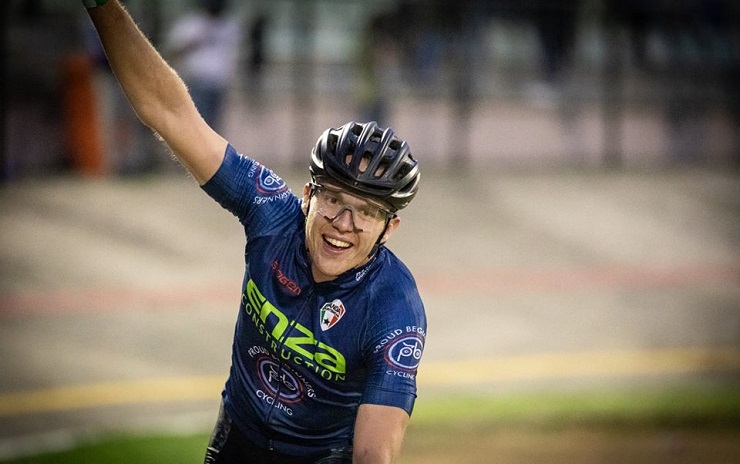 He added that he went into the race wanting the win, but as with all races never knew whether he could pull it off.

“There’s no exception with the 25-mile. I was surprised I won even though I went into it with the intention of winning.”

Van Wyk said the 25-mile was a really fast race and the pressure never let up.

“I made sure I was in the front of the race as much as possible and tried my best to conserve my energy, which was difficult with such a tough race. But I was able to sprint at the end and take the title.”

He said he wanted the race to be hard and thought he was going to have to be more attacking and try to ride away with some of the stronger guys such as Jonas Rickaert, Byron Munton or HB Kruger.

“That didn’t happen though, and most of the sprinters were ridden off and my game plan had to change to not allow anyone to ride away and win from a small bunch sprint.”

Van Wyk, for whom it was his first Paarl Boxing Day title, said the highlight was definitely the Paarl crowd who stayed for hours waiting for the rain to clear up.

“They are the reason Paarl Boxing Day is such an amazing event. The crowd has an amazing way of getting behind a rider and supporting them.

“It is also always such an honour to race against legends of the sport, and beating them is not the goal, but rather winning the race.”