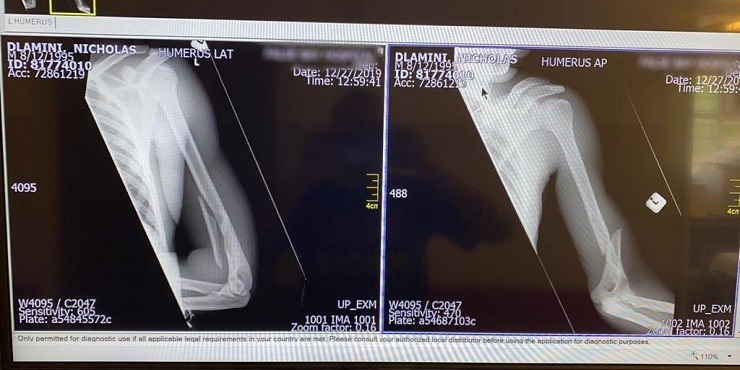 His team, NTT Pro Cycling, confirmed in a statement last night that the injury was caused when the 24-year-old was stopped by SANParks officials in the Silvermine section of the park yesterday.

Dlamini, who could now miss next year’s Tokyo Olympics and defending his King of the Mountains title at Tour Down Under, was transported to the False Bay Hospital where X-rays were taken.

It was found that he had suffered a fracture to his left humerus.

Dlamini was then transferred to another hospital for further examination. 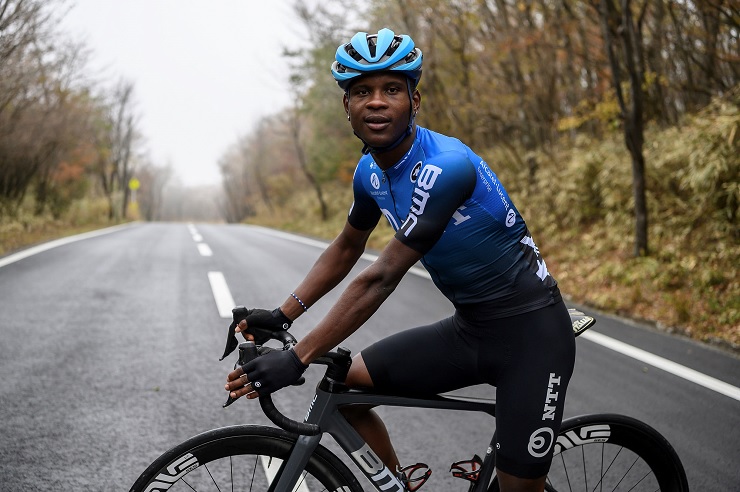 Nicolas Dlamini sustained a broken arm during an altercation with rangers at the Table Mountain National Park. Photo: Supplied

In a separate statement, SANParks said:

“[A] cyclist, who cannot be named at the moment, suffered a broken arm after he resisted arrest at the Silvermine section of the Table Mountain National Park.

“According to the TMNP section ranger, the cyclist had entered Gate 1 of the Silvermine Section without paying the Conservation fee, nor showing proof of activity permits when requested.

“Table Mountain National Park rangers were informed about the incident and upon investigating and finding the cyclist, who could not produce his entry ticket or a valid activity permit, the situation spiralled causing the suspect to injure himself during the ordeal.”

Fellow cyclist and witness Donovan Le Cok filmed the incident and also released a statement which included the following information:

“When he rode down the road and was trying to exit the park, a group of six officials tried to stop him by grabbing the bars of his bike. This caused him to crash and hurt himself. Nic got up and was confronted by a senior ranger (the large man in the video who eventually assaulted him).

READ |  Sheldon Muller on the road to success with new team

“The situation escalated and I decided to film what was happening. The large senior ranger laid into Nic, who is a skinny small guy. The[y] turned him around and twisted his arm until it snapped. It was audibly loud and Nic screamed. Nic kept shouting ‘my arm is broken, my arm is broken!’

“The officials then proceeded to throw Nic into the back of the van.”

Below is the ridiculous statement released by @SANParks .The other 2 screen shots are an official statement sent directly to me by @DonovanLeCok . @nich_dlamini was thrown off of his bike by officials, damaging his bike & injuring him, before ANY questions were asked. pic.twitter.com/gaLtAAoScG

It was later announced on social media that Environment, Forestry and Fisheries Minister Barbara Creecy instructed SANParks to suspend the officers who were involved in the incident.

This was decided after Creecy visited Dlamini in hospital to hear his version of what happened.

Watch the video of the incident below: