The 28-year-old cross-country professional will be the third women to complete the squad, next to Ukraine’s Yana Belomoina and Dutchwoman Anne Tauber.

“I actually already feel a part of the team,” said the 15-time SA XCO champion.

“Everyone has been super welcoming and friendly. The prospect of having a new racing family just puts a huge smile on my face and the extra support at races will definitely be the edge I have been lacking.” 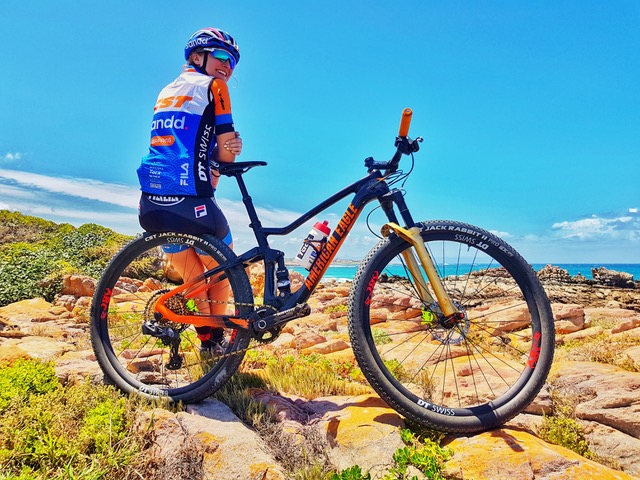 Team manager Bart Brentjens said they were happy that Strauss would be joining their team.

“Mariske is an experienced rider with a strong body and mind. She has a very positive mindset and is capable of giving an enormous effort to her sport.

“Mariske is focused and eager to get the best out of herself and besides that she is a team-player. She loves to ride stage races and is willing to work together [with others] to get the best result.

“She’s working towards the 2020 Tokyo Olympic Games; she is ‘still in the race’ for qualification. We hope we can support her on her way to Tokyo and to see her ride at the Olympic Games next year for the SA Olympic team.”

This year the team’s training camp will be held in SA following the Tankwa Trek, which takes place from February 6 to 9 at Malabar Farm, Koue Bokkeveld.

They will ride the four-stage mountain bike event with three teams. Strauss will ride with fellow countrywoman Candice Lill as a special occasional team.