Professional road cyclists Jaco Venter and Jacques Janse van Rensburg will dust off their mountain bikes as they prepare to compete in numerous top off-road events in South Africa and abroad next year.

The duo, who between them have completed 13 Grand Tours and have each won a national elite men’s road race title, will partner up as First Move.

“I started my cycling career as a mountain biker and the plan was always to come back to MTB after my road career ended,” said the 32-year-old Venter, who formed part of Team Dimension Data.

He added that he had known Janse van Rensburg, also 32, since they were juniors and they had been in many teams together during their careers.

“Apart from being on the same WorldTour team for the last seven years we’ve lived and trained together in Lucca [in Italy] and our families are very close.

“Jacques has raced MTB before and I’ve always enjoyed it as part of my off-season training so it wasn’t a difficult decision for us to shift our focus to MTB for 2020.” 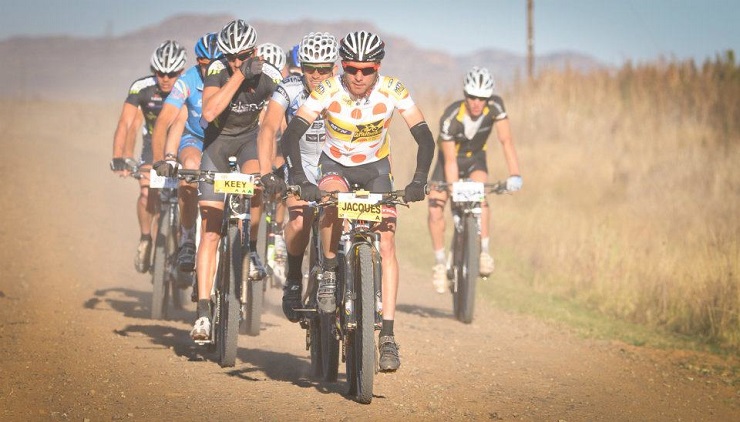 Jaco Venter and Jacques Janse van Rensburg will dust off their mountain bikes as they prepare to compete in numerous events as the First Move team next year. Photo: Supplied

He added that he and Janse van Rensburg raced the Cape Epic in 2007 when they were 19-year-olds and through spending so many years on the WorldTour circuit knew each other almost as well as they knew themselves.

“Plus he’s my PlayStation teammate too,” quipped Venter.

He said he was excited at the prospect of competing in some of the top MTB events in the new season.

“The plan for the next few weeks is to build the foundation for 2020, and that’s all going to plan.”

Venter outlined a few specific differences between racing on the road and on MTB tracks.

“On the road you are part of a huge team of 28 riders plus a huge staff contingent, and now it’s much more individual with a tight group of people.

“My role was domestique – to support the race leaders and take chances when there was an opportunity – but now it’s time for Jacques and I to take the steps onto the podium ourselves.”

He said he knew they were stepping into a new professional realm and that the transition would not necessarily be easy.

“But we’ve raced consistently at the highest level possible on the road and we’re hoping to continue with that professionalism in the MTB space.”

SA was fortunate to have “so many world class events” on the mountain biking calendar, he said.

“We’re really excited to get stuck in. Our first race will be Attakwas, which I’ve heard some proper war stories about, so that will be a baptism of fire for us both.

“We’ll also be racing Tankwa Trek in February, missing the SA road nationals, so we’ll have to make the days in Ceres count.

“Next year will be the third time Jacques and I have raced at the Cape Epic and we’ve set ourselves the target of the African leader’s jersey by Val da Vie.”

He said he would definitely miss racing on the road.

“It has given us both so many opportunities and memories, but I think we’re both too excited to be racing MTB to miss it yet.

“We’ll be racing some of the SA road races when the MTB calendar lets us, but the main focus is definitely dirt from here on in,” said Venter, whose early MTB career saw him racing XCO and downhill and winning a couple of national XCO titles as a teenager.

Team manager Kandice Venter said when the decision was made to move back to SA it was an ideal opportunity to put their long-standing plans for Venter and Janse van Rensburg to race MTB locally into practice.

“Between the three of us we have many years of international experience, and it’s exciting to be able to put a team together from the ground up.

“Jaco and Jacques have raced together for most of their careers, starting from when they were juniors until most recently on Dimension Data. MTB stage racing has proven year after year that a pairing have to go deeper than just results on paper.

“The level at which Jaco and Jacques resonate is something that only many hours of racing, eating, sleeping and travelling together can achieve. They are consummate professionals in their craft and approach everything they do with absolute focus.”

Venter added that when it came to goals and objectives, all racers were on the start line to win.

“As domestiques their role was to bury themselves in support of the team leaders, which they did for over eight years.

“They were instrumental in Dimension Data’s stage wins at the Tour de France, and now it’s time for them to step up and race for themselves as a team.”

Venter and Janse van Rensburg intend to compete in the following events in 2020: