South African Carl Bonthuys is targeting another scratch race title when he competes in the African Continental Track Championships in Cairo, Egypt, from Thursday till Sunday.

The Kinetic Pro Cycling team captain will also compete in the individual and team pursuits as well as the madison.

“It would be nice to win the scratch race in back-to-back years, but I’m doing three other races too so I have four opportunities to do well,” said the 23-year-old, who won the elite men’s time-trial at last weekend’s Western Province Road Champs. 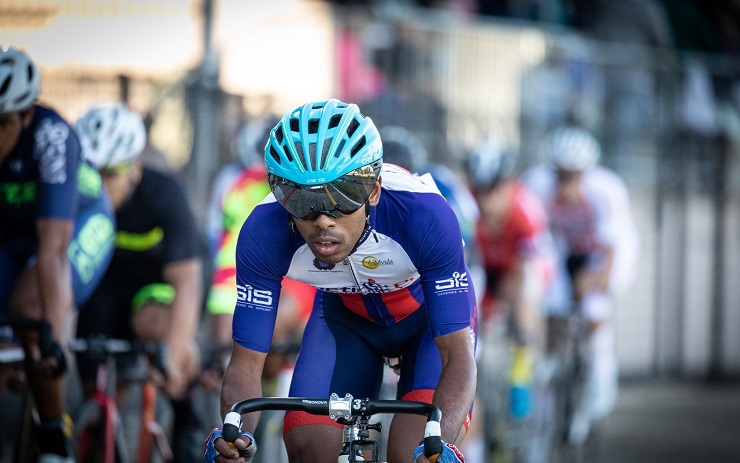 Carl Bonthuys is aiming for another scratch race title at the African Continental Track Championships in Cairo, Egypt, from Thursday. Photo: Owen Lloyd

Bonthuys said he felt strong, both mentally and physically, ahead of the track champs.

“I did everything I needed to do in training during preparation.”

The Cape Town local said becoming continental track champion in the scratch race last year had given him a lot of confidence as a cyclist.

“To win again would elevate my status as a top endurance track cyclist in SA with the likes of Nolan Hoffman, Josh van Wyk, David Maree and Steven van Heerden.”

For Bonthuys, the biggest challenge thus far has been finding the funds in a short space of time to make the trip to Cairo possible.

“The riders who are selected to represent SA need to self-fund the trip.

“Luckily I’ve been blessed to have support from sponsors who have loaned money in the meantime to cover part of the costs as well as having a YouTube cycling channel help with the shortfall.”

He added that it would be his first visit to Egypt and he knew the culture would be different.

“Also, we’ll be racing on a wooden track which will be a new experience for me as it’ll be my first time doing that.”

“I’ll be building up till then by doing local league road and track races with my team.”