Colombian Egan Bernal plans to place his main focus this year on defending his title at the Tour de France, following his historic victory last year.

Bernal, 23, who currently rides for Team Ineos, says that with the Olympics taking place from July 24 till August 9 he would be prioritising the 21-stage La Grande Boucle in France – from June 27 till July 19. 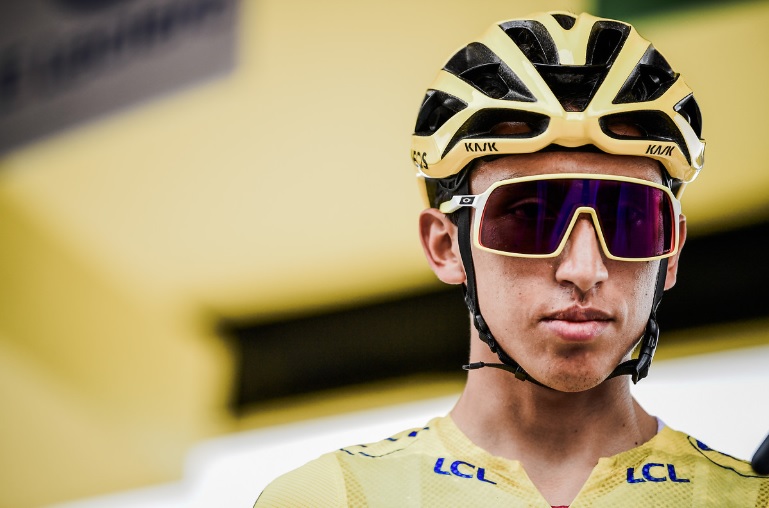 Egan Bernal plans to place his main focus this year on defending his title at the Tour de France. Photo: A.S.O./Pauline Ballet

“This year I want to focus on the Tour de France and maybe next year, or in the future, I will go for the Giro [d’Italia].

“It will be something special to have the number one [on my back] in the Tour de France and to try and go for it again this year.

“This year the Olympics will be an important race for everyone. Everybody wants to go there because you are the national team and I want to do well for Colombia. But my biggest goal is still the Tour de France.

“The Olympics will be taking place one week after the Tour in any case, so if I finish in a good position I will be there in the Olympics. So mentally it is better for me to focus on the Tour and then go to the Olympics and see what happens,” said Bernal.

This would be the first time he’d be competing in the Tour de France without a team time-trial. There will be no TTT in this year’s edition, but there is one 36km individual time-trial.

“It’s a bit strange for me to not have a team time-trial. I have been in the Tour de France twice, both of which had team time-trials and this will be my first year in the Tour where we don’t have it. So it will be a bit different.”