Professional Swiss rider Konny Looser believes joining the Buff Scott MTB Team will present him with a great opportunity to advance his career.

Looser, who revealed the move last month, said for the past few years he had essentially been a “one man show”.

“I almost quit the sport in the middle of last year because I lost the fun in racing and I didn’t move forward.

“I’m super happy and motivated with this new chapter in my career and hope it will bring me back success.” 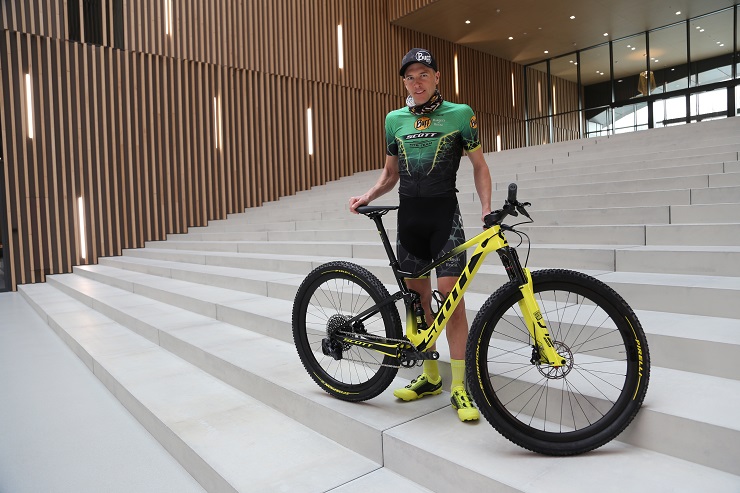 The 30-year-old added that for a long time he had wanted to join a well-known team with a professional setup.

“Last year I was able to make contact with the team at the Swiss Epic.

“From the beginning we had the same idea of what we wanted and I also saw the good team spirit they had.”

The five-time Desert Dash champion said he hoped riding with them would bring back the motivation a professional athlete depends on to reach his goals.

“The professional team structure will help me do well in the big races and, also, having really strong team members will lift my level.

“I’m super excited to have the opportunity to compete in the biggest races in the world and in some new races in Europe.”

He added that the team had a wealth of experience and each rider had “some little extras” to learn from.

“There are many new faces and I’ll have lots of opportunities to learn from them.

“I like to feel comfortable, with nice people, and I think the Buff Scott family have a really good relationship with the riders and staff, which is one of the key factors for good results.”

Looser, who will remain in Switzerland and travel to the various races, felt the new challenges would provide him with plenty of motivation.

“I want to do my very best to keep everyone happy.

“I’ll meet lots of new people and also build new friendships in a new culture [Spain], which is very exciting and challenging for me personally.”