Matthew Beers was the only rider to break the five-hour barrier when he won this year’s Attakwas one-day mountain bike race that finished at Great Brak River near Mossel Bay today.

The NAD Pro rider’s winning time of 4:59:25 was 12 minutes off the course record for the 121km race, which starts in Oudtshoorn and includes the testing Attakwas pass through the Outeniqua Mountains. 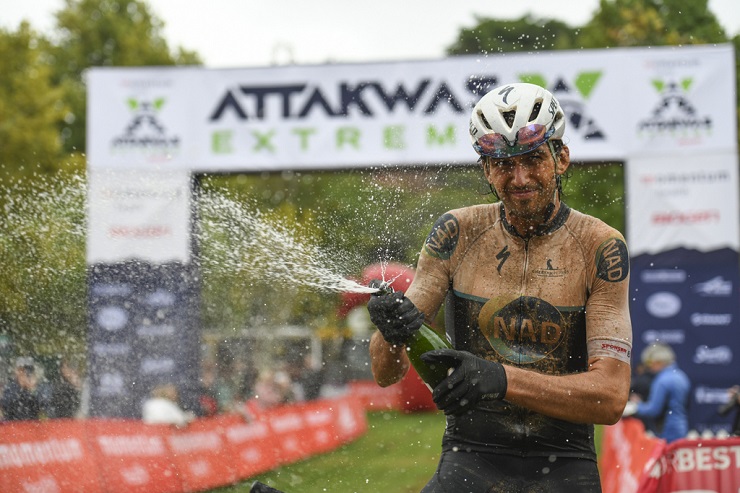 “I’m almost glad I’ve had a five-year break from the Attakwas,” said Beers.

“It gave me time to forget how tough it is.”

Beers said they were still a fairly large group until about 30km to the finish. He then increased the pace to try and shed a few riders.

“Then on one of those long rolling climbs I attacked and got a bit of a gap.”

He added that he had hoped Botha would come with him and felt that maybe he should have waited before making his attack.

“It worked out fine in the end. I chose to ride with a dropper seatpost for the aero advantage of being able to get lower on the descents. That helped me tuck in and I extended my lead on that first descent in particular.”

Beers knew that Philip Buys, who ultimately finished ninth, Beukes and Gert Heyns, who came fifth, would be trying to hunt him down.

“So I had to go full gas to the line. I won’t lie, it got dark at times. But not that dark. I could still push and I’m really happy with my form so early in the season. It’s a good sign.”