Nicol Carstens, who placed third last year, is aiming for the top step of the podium at Attakwas, which starts in Oudtshoorn on Saturday.

“To get back on the podium would be really nice, but my ultimate goal is to raise the trophy at the end of the day,” said the 23-year-old Imbuko Giant rider, who was joined on the podium by Gert Heyns and winner Matthys Beukes.

Carstens said he felt “very excited” going into the 121km mountain bike race, which is the traditional season opener for the country’s MTB community.

“The sun is out and the days are long, so training has been going really well. I’m physically in the best form I’ve ever been.” 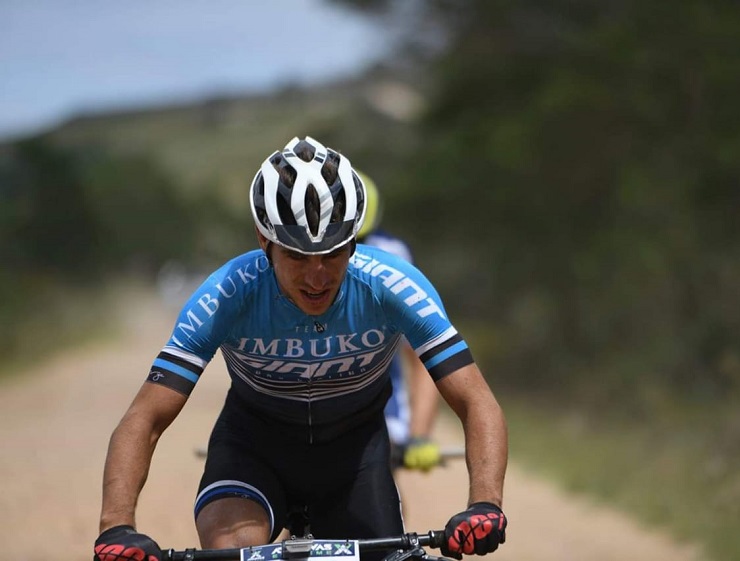 Nicol Carstens, who placed third last year, is aiming for the top step of the podium at Attakwas, which starts in Oudtshoorn on Saturday. Photo: ZC Marketing Consulting

He added that the gruelling event was also a good form-tester for the early season.

“History has proven that being strong at Attakwas means you’re set up for a good season.”

Carstens felt that his endurance would definitely benefit him on the day.

“It is a long route. Five hours of racing on that terrain is not easy, so my endurance will definitely help me.

“I think the most important thing is to know your body and to not get too eager.”

Carstens said it was great that the field was so strong.

Fellow riders include Beukes who will be looking to add a fourth title and third successive win to his palmarès, Arno du Toit, Philip Buys, Matt Beers, Nico Bell, Wessel Botha and Heyns.

“The competition just shows how mountain biking in the country is growing,” said Carstens.

With Attakwas having UCI status and being the opening round of the UCI MTB Marathon World Series, it is also a priority event for many riders.

“It’s very important to me. I really want to go race world marathon champs this year and every point counts.”

Carstens said a major goal for him this year was the Cape Epic in March, an event in which he finished 11th overall alongside Marco Joubert last year.

“After that I would really like to win national marathon champs and then hopefully go to world champs.”