A record number of people tuned in to watch the 2019 UCI Road World Championships held in Yorkshire, UK, in September, it was announced yesterday.

A total of 329 million people in 124 countries tuned in to watch the event. This means global viewing figures increased by a massive 31% – up from 250 million the previous year.

In Europe, more than 6 500 hours of coverage was shown to 40 nations. In the UK, every race was televised live on the BBC and there was also extensive coverage in Belgium, Holland and Germany. 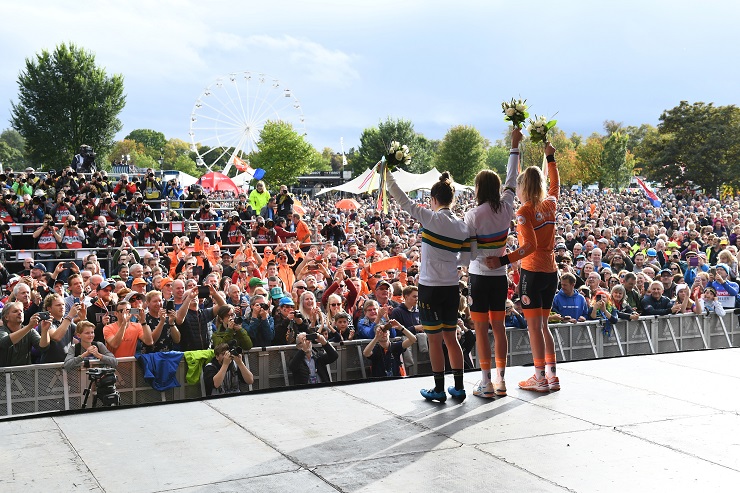 A record number of people tuned in to watch the 2019 UCI Road World Championships. Photo: SWPix.com

Globally, the total number of broadcast hours increased 38% year on year, with 7 089 hours of the event shown around the world.

“We pledged we would showcase Yorkshire to 250 million people across the globe, so to reach 329 million in 124 countries is very satisfying.

“We delivered an inclusive, innovative and inspiring championships which I have no doubt will attract new visitors to our beautiful county for many years to come.”

Welcome to Yorkshire commercial director Peter Dodd said the figures were really impressive and it was fair to say the eyes of the world were on Yorkshire during those nine days of action.

“The footage showcased some of the very best scenery we have to offer and we’re sure it will have inspired many people across the globe – cyclists and non-cyclists alike – to come and sample our great county for themselves.”