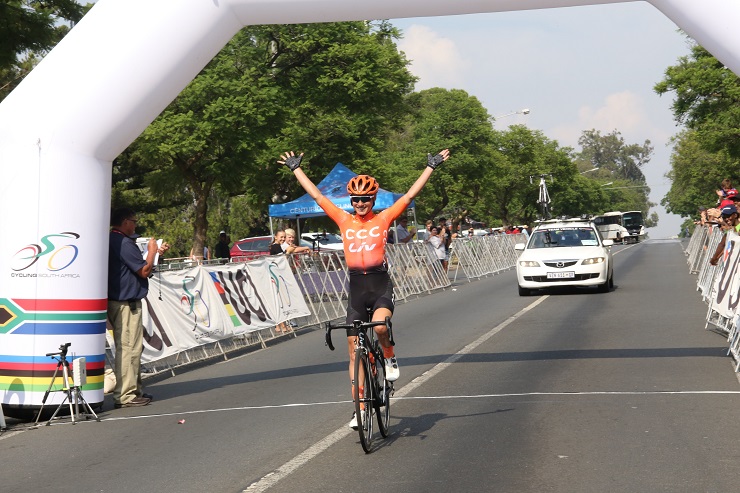 “I’m really happy with this victory. It’s great that when the season starts I’ll be able to show the SA colours both in the TT and on the road,” said Moolman Pasio.

She added that today her patience was put to the test and she had had to stay calm during the race.

“It was not a very long race, just about 104km, all this over a rolling terrain without any challenging climbs. I had to play it smart, stay focused and be alert on the more difficult sections which I could use to make it difficult for the competition.”

Over the last 10km Moolman Pasio tried to get away but she was caught.

In the end it came down to a sprint involving a small group of riders. She beat the competition in the slightly uphill finish.

“The finish line was just around the corner. I had already decided in advance where I wanted to go in case of a sprint.

“I placed a jump on that spot. Fortunately, I persisted and everything fell into place.”