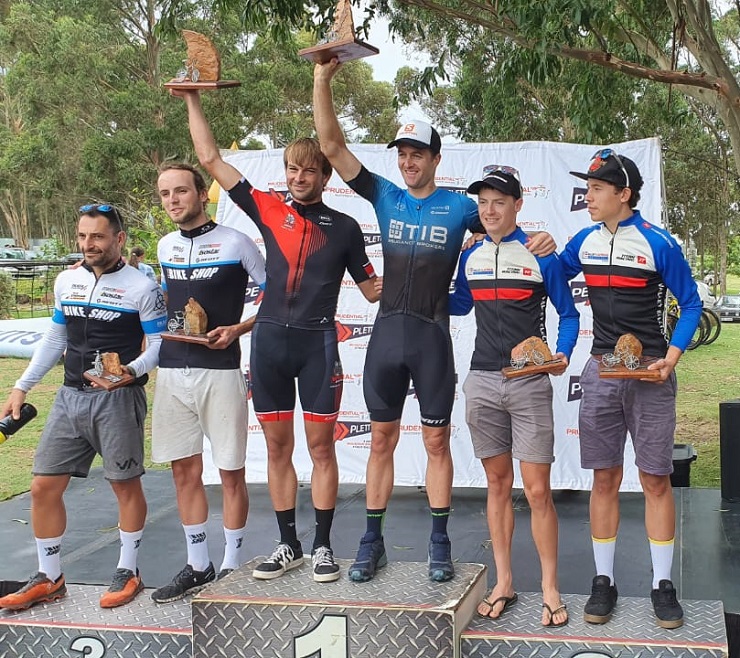 This was Hill’s second title in the four-day race from Plettenberg Bay to PE, while it was Marais’s maiden win.

“I’m pretty happy to have finally won this race,” said Marais, who won all four stages alongside Hill.

“I’ve had a third place and came second last year with Robert Hobson, so I’m pretty stoked to have won it.

“It’s a perfect start to the season. I couldn’t have wished for better. I’m looking forward to a successful 2020.”

For both riders the wet weather throughout the first two days proved challenging.

“The rain was quite severe in the first two days. The sun only started coming out yesterday,” said Marais.

“Our equipment took a bit of a pounding in the first few days so it was just a matter of managing that, the legs, as well as the fitness side of things.

“Racing in the rain is a bit more taxing on the body than when it’s dry.”

Hill added that the first day was very wet and they just tried to keep their equipment in one piece and to look after their bikes and tyres.

“Riding in the rain makes it substantially harder,” said Hill.

“But, all in all, Stuart rode like a machine – as always. He’s a really great teammate to work with.

“It’s the second title for me coming up from Plett to PE and it’s Stuart’s first, so it’s been a good way to start the year.”

This year’s PE Plett consisted of a 95km opening stage from Kurland to Tsitsikamma, followed by a 78km stage from Tsitsikamma to Suiderland.

Stage three took riders on a 75km journey from Suiderland to Zuurbron, while the final stage today covered 67km, starting in Zuurbron and finishing in Crossways.