Current Swiss marathon champion Ariane Luthi has officially partnered with Canyon Bicycles for the 2020 season and beyond, the team announced today. 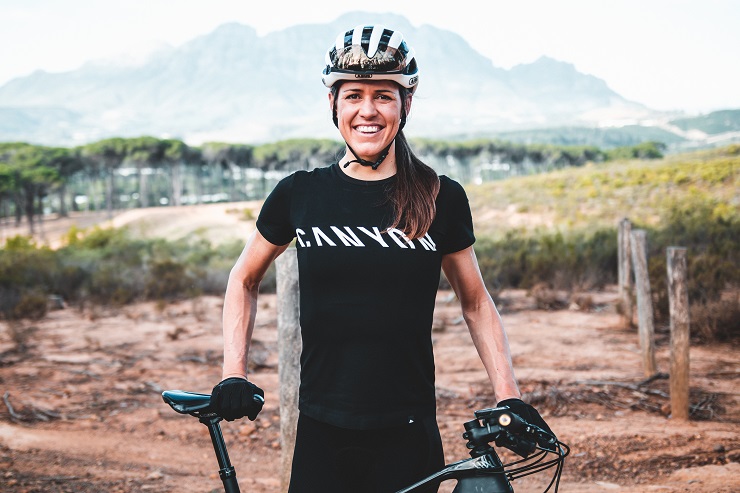 Ariane Luthi has partnered with Canyon Bicycles for the 2020 season and beyond. Photo: Supplied

The 36-year-old Stellenbosch-based rider said it was a tremendous achievement for her to get the support of this leading bike brand.

“The Canyon Lux is my dream bike, really. Having ridden the Lux on the Stellenbosch trails it became evident as to why this bike has been ridden to multiple world cup and world championship honours this past season.

“The geometry makes climbing incredibly comfortable and efficient, while the rear suspension and dropper post gives a lot of confidence on the descents.

“A seemingly simple but all the more important feature of the Lux is that I can fit two big bottles into the frame. In the heat this will serve as a huge advantage at the Tankwa Trek and this year’s Cape Epic.”

Erik Kleinhans, marketing manager of Canyon South Africa, said it had been five years since they last worked together with Luthi. They had enjoyed a very high success rate on the XCM racing scene.

“Since then Ariane continued her positive career path with a few Epic, Swiss national and many more titles.

“Being a well-known personality in the MTB fraternity, a spokesperson for women’s cycling and the Spur MTB Schools League I’m convinced she will be a great asset to Canyon.”

The five-time Epic winner will tackle this eight-day race next month for the tenth time alongside a partner whose name is yet to be announced.

In preparation for this she will compete in this week’s Tankwa Trek, where she will make her 2020 season debut alongside 21-year old-German Lia Schievers.

She has set the continental and Swiss national marathon titles as her primary goals for June.

Following that she will focus on the World Marathon Championships in Turkey at the end of September. Her final race of the season will be Wines2Whales in SA in late October.