Young South African Jason Oosthuizen has officially joined top French team CR4C Roanne and will be based in Roanne during his time with the outfit. 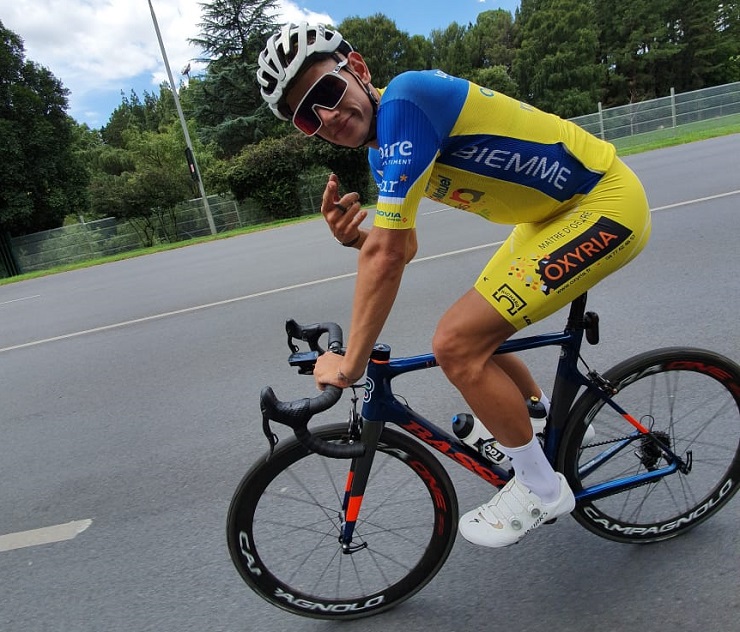 The 20-year-old said this was a great opportunity which opened up for him at the end of last year.

“If a sliding door opens in front of you, you’re not going to resist.

“It’s definitely something that came about that I didn’t have to push for.”

Oosthuizen added that some people had said that France was a good channel for a cyclist, while others might have disagreed.

READ |  Cyclists warned not to be ‘irresponsible and disrespectful’

“I spoke to a few people before I made my decision.

“I feel this is definitely a race style that suits me. Now that I’m here, let’s see where this boat floats.”

Oosthuizen said personally this was another item he could tick off on his bucket list.

“Being able to stay in yet another European country is just amazing,” he said, referring to his stint with Baquet-Miba-Indulek-Derito in Belgium two years ago.

“It’s just great to experience different cultures and lifestyles all around the world. I would also love to learn French.

“Career-wise I hope this is the next building stone to hopefully getting something decent next year, such as a proper racing team which runs on a full international schedule.”

READ |  Andries Nigrini virtually on top of the world

Oosthuizen said he was brought into the team as a rouleur.

“Basically someone who can suffer and then finish the race off. I don’t see myself as a full-on sprinter, but I’m definitely fast.

“My role will be to finish off races if it comes down to a sprint.”

An opportunity that he would love to have this year is to start in the U23 Paris-Nice race.

“But this is a blank page for now. I only planned everything until my flight here and now that I’m in France, I’m blind.

“This is just great for me and I’m very humble for the opportunity. Thank you to everyone who is backing me. I love the support. It’s very early in the season, so I can’t say much further yet.”