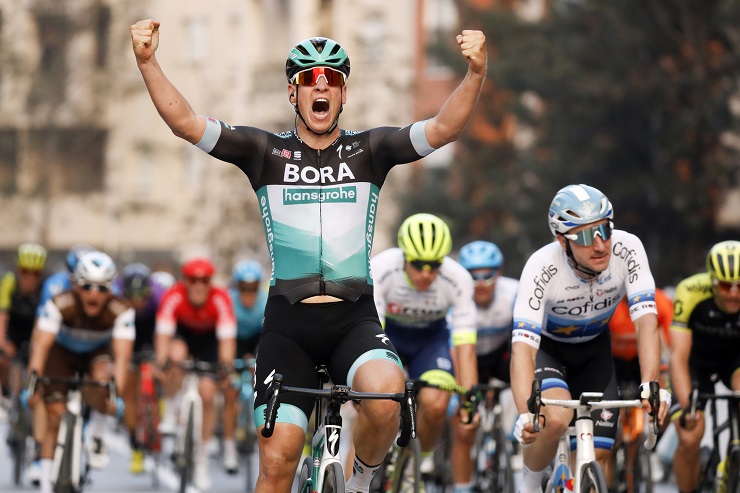 “I’m really happy to have gotten this win, and I hope to be able to continue the rest of the year in this way,” said Ackermann.

“I finished second two times in races here in Spain this year, so it was nice to finally cross the line first.”

He added that it was a tough race because of the wind.

“We expected crosswinds, and tried to split the field several times, with several other teams also trying the same. But my teammates did an amazing job today, putting in 100 per cent for me, so I’d really like to thank them for that.

“In the end, we made a little mistake with our lead-out, but I was able to follow the wheel of another rider, and I knew when I had to launch my sprint from behind him, and in the end, it worked out.”