After a lengthy break from the cross-country racing scene, Danielle Strydom got back into it recently and the move paid off handsomely when she won the first leg of the SA MTB Cup Series in Mbombela, Mpumalanga, at the weekend. 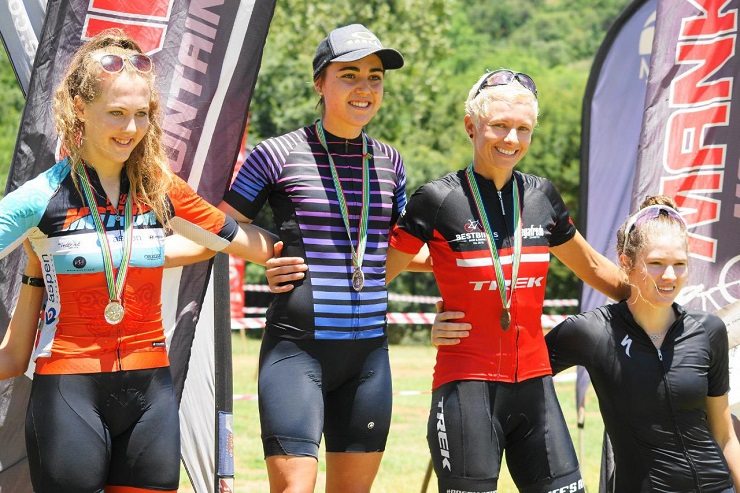 The 21-year-old, who finished one minute ahead of Frances Janse van Rensburg, said it was an amazing feeling to have won.

“I was actually a little teary-eyed when I finished. Part of it was relief, because I could finally be in the shade for longer than 10 seconds to get out of the heat, and also because I was really proud of myself.

“I was rather nervous to get back into the cross-country scene as it has been a very long time [that I’ve been out]. I missed it dearly and I just decided that this year, whatever may happen, I was going to go out there racing my bike and try and up my technical skills and take it as extra hard training.

“This win was a huge confidence boost. It was good to show my face in the scene again and let people know I’m getting back into it.”

Strydom was a regular winner in the SA Cup races when she was 17 and 18 and fully competing in the discipline, but she took a break for logistical reasons.

“It’s a lot of effort to go so far and wide across the country. I started to compete in stage racing and the budget shifted more towards that.

“I didn’t have financial support to do both and it was difficult to juggle both and a lot of the dates would clash. It has been a very long time since I’ve been seriously racing it.”

Heading into the weekend’s race, Strydom was riding on a brand new bike.

“It was the first race I’ve ever done on the bike. The most technical thing I had ridden on it prior to the race was gravel roads, so that was also why I was nervous.

Regarding the race, which consisted of six laps, Strydom said she felt “a little nervous”, but luckily she knew her body was used to suffering.

“I basically started the race pretty nervous – butterflies and Boeings were flying around in my tummy.

“When the gun went off I had one of my famous starts – that being a terrible one. I couldn’t get in properly and struggled to move my way up the field. So for the start lap I was actually quite far behind.

“Luckily I was eventually able to catch up within the first section of singletrack. Throughout the race I was just trying to keep up with the other women, not trying anything silly like breaking away too early or anything.”

Strydom said it was just her and Frances Janse van Rensburg during the first few laps.

“During that time I saw I was the stronger climber and I decided I would eventually attack during the last lap on the climb. That’s kind of how I did it.

“After the attack I just tried to go as hard as I could through the singletrack. I knew I was fast enough to keep the gap I created. My legs were burning though.

“I didn’t see her after my attack. I didn’t want to look back and I just kept going because I was scared I was going to hit a tree or something.” This tactic paid off for Strydom as she powered her way to the finish line.

Regarding the weather, the Potchefstroom local said they were lucky with the conditions.

“It rained a few days before so the ground was tacky which meant you had better grip, which was much to our advantage.

“It was super-hot so I think I did dehydrate a bit, but the race was over before I felt the bad symptoms.

“This was the only obstacle really. I think I was about medium to well done by the time I was finished,” said Strydom, who won the solo women’s race at the Tankwa Trek at the beginning of the month.