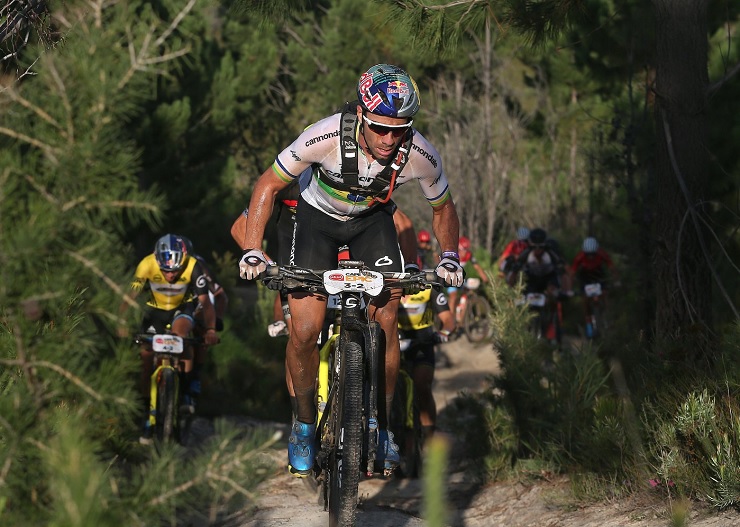 Robyn de Groot and Adelheid Morath of team Dormakaba Blue put an end to their second place streak and came in first today in a time of 4:23:58. Candice Lill and Mariske Strauss (Faces CST) came in second with Isla Short and Annie Last (GB Cycling) completing the podium.

“We went over the Queen of the Mountain point in the lead and then took it relatively easy on the descent,” De Groot explained.

“You can make up lots of time, but it’s early in the season and you can also have a race ending mechanical or a really bad crash. From the foot of the descent we time-trialled to the finish.

“The fact that the run-in to the finish is nearly all single track really helped. It keeps it interesting and helps you push.”

“It was a big help having them with us for the climbs and then on the descent having Simon just behind us gave us security, knowing assistance was so close.

“We know from the past that the descent from the Merino Monster is very technical and you can puncture very easily. So, we rode it safely.”

Nadine Rieder and Jennie Stenerhag (Team Fairtree) are in the lead for the women in the general classification, followed by Robyn de Groot and Adelheid Morath. Candice Lill and Mariske Strauss are third.