The Cape Epic, due to start in Cape Town tomorrow, has been cancelled due to the coronavirus pandemic and there was no possibility of rescheduling it for later in the year, the organisers said. 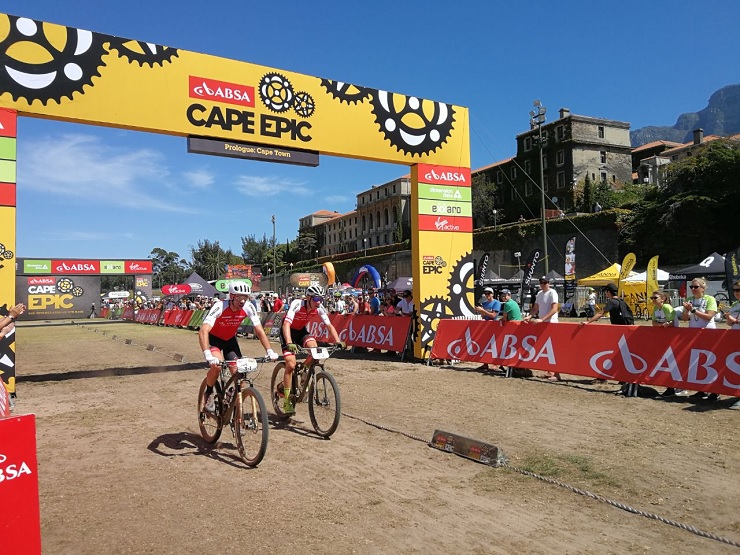 Corona virus causes 2020 Cape Epic to be cancelled with no chance of rescheduling.

It was announced last night that the eight-day event would be cancelled due to the spread of COVID-19 and the organisers’ concern for the health and safety of the riders and other stakeholders.

Cape Epic spokesman Tim Whitfield said it was not possible to reschedule it for later in the year.

“The logistics of setting up an eight-day event of the magnitude of the Absa Cape Epic are such that it would not be possible to postpone or reschedule,” said Whitfield.

“Even if we could find a date on the calendar that would suit local weather conditions and still fit in with the planned riding schedules of the top overseas and local professionals, the logistics of the event are such that this is not an option.”

Whitfield says there were many other factors that also needed to be taken into account with such a large event.

“With a field made up of almost 50% overseas riders, financially and logistically most amateurs will probably not be able make the trip back to South Africa for the event.

“We take over a year to plan each event and that includes a lot more than simply finding dates that suit the participants as well as the towns and venues that host the event.

“The physical set-up and break-down of the various race villages takes weeks from beginning to end and involves months of planning to get all the role-players on board. So to expect them to be able to replicate all of that for a second time within a calendar year is just not practical.”

After the announcement was made Absa, the main sponsor of the event, issued a statement in support of the decision.

“As a responsible bank, Absa supports the organisers of the Absa Cape Epic’s decision to cancel the 2020 event in an effort to contain the spread of COVID-19,” said the Absa press release.

“Absa has been closely monitoring the situation with the organising and medical teams, assessing risks to employees, participants, the community and visitors to the event.

“We are working with the organising team to minimise the impact of this decision and regret the inconvenience this has caused to all participants, families, communities, visitors and employees.”

Meanwhile, the African Continental Road Championships, scheduled to take place in Mauritius from March 22 to 29, has been postponed. The Mauritius Cycling Federation has taken a provisional decision to reschedule the event for June.

NEXT ARTICLE | African Continental Road Championships postponed due to coronavirus