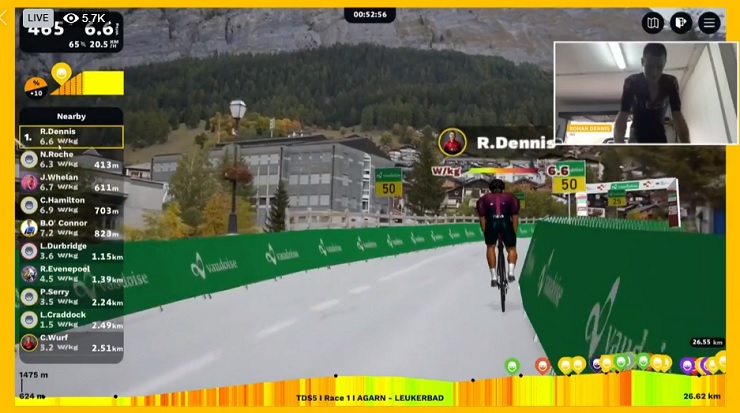 The Team Ineos rider completed the 26.6km race, which started in Agarn and finished in Leukerbad, ahead of Team Sunweb’s Nicolas Roche – his winning margin was 1:09.

“It feels pretty good. It was more or less a 53-minute time trial. Obviously aerodynamics doesn’t come into play but weight does,” said Dennis.

“I’m not going to lie, it was hard. My legs were cramped and in the last 10 to 15 minutes I was feeling it. I just don’t think I felt it as much as some other people might. But don’t get me wrong, that hurt.”

The event saw 19 teams, with three riders each, tackle a mountainous course.

Tomorrow’s stage will cover 46km, with the start and finish in Frauenfeld.