Sarah Hill was denied the opportunity to show off her Liv Pique 29er Advanced Pro 0 mountain bike at this year’s Cape Epic following the cancellation of the early part of the cycling season.

In the absence of racing, In the Bunch approached her to learn more about her choice of equipment for the 2020 season and she was more than happy to oblige.

“Liv is a brand that is 100 per cent dedicated to women,” says the 26-year-old, who is currently spending lockdown with her family in Bryanston, Johannesburg.

“They are passionate about how the sport of cycling empowers women to step out of their shells and express themselves.”

Combining comfort and performance, Liv – which is manufactured by Giant – takes into consideration how it feels to ride a bike, says Hill. 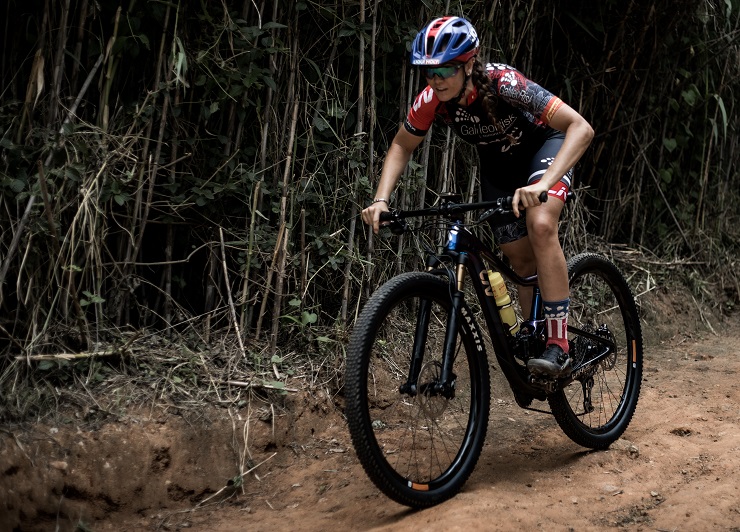 “I have worked with Liv Global for several years and one of the things that they really do, is listen. From geometry to handlebar width, fork angle to colour, this brand gets it right every single time.”

She says Liv focuses on the three most important aspects of performance for women in its 3Fs-approach: Fit, Form and Function.

“Fit refers to frame design and here they look at the body dimensions, muscular activity and strength patterns of women.”

Form, she explains, is all about the look, feel and finishing of the bike, which is “so important to get right”.

“Function is how it all comes together. How does everything, including components, fit together to complete the big picture?”

Liv aims to make bicycles that can perform anywhere in the world on any type of terrain.

“This is why their ambassador programme is so important,” explains Hill, who is in the process of completing her master’s in sports psychology.

“They don’t only look for feedback from professionals from multiple disciplines, they aim to understand the wants and needs of all experience ranges.”

Most importantly, she says Liv doesn’t just look for people who can perform.

“They look for riders who are approachable and who truly live the brand. The lifestyle aspect is very important.

“We all juggle work, family, stressors, riding and racing and for people to see the ambassadors doing it, loving it, is inspiring and what we strive for.”

Hill had her maiden voyage on a Liv in 2014 while studying in the United States in Brevard, North Carolina.

“The manager of our team was a Giant ambassador and he suggested we should join a demo-bike ride in Pisgah Forest.”

“It was the first bike I rode that didn’t hurt my lower back while climbing. I spent the whole afternoon with the women who were leading the rides.

“We were swapping bikes and they explained the benefits of riding a women’s-specific brand. Something that really stuck with me was that every single aspect – from engineers to assistants – was female run.”

With its short stem and larger wheel combination, the handling of her Liv Pique 29er is one of the things that stand out as it “is still reactive while being able to flow through the single-track”. 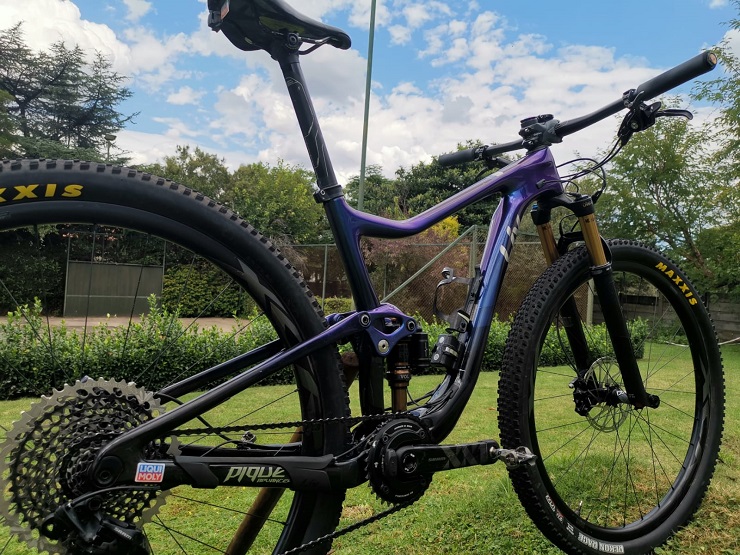 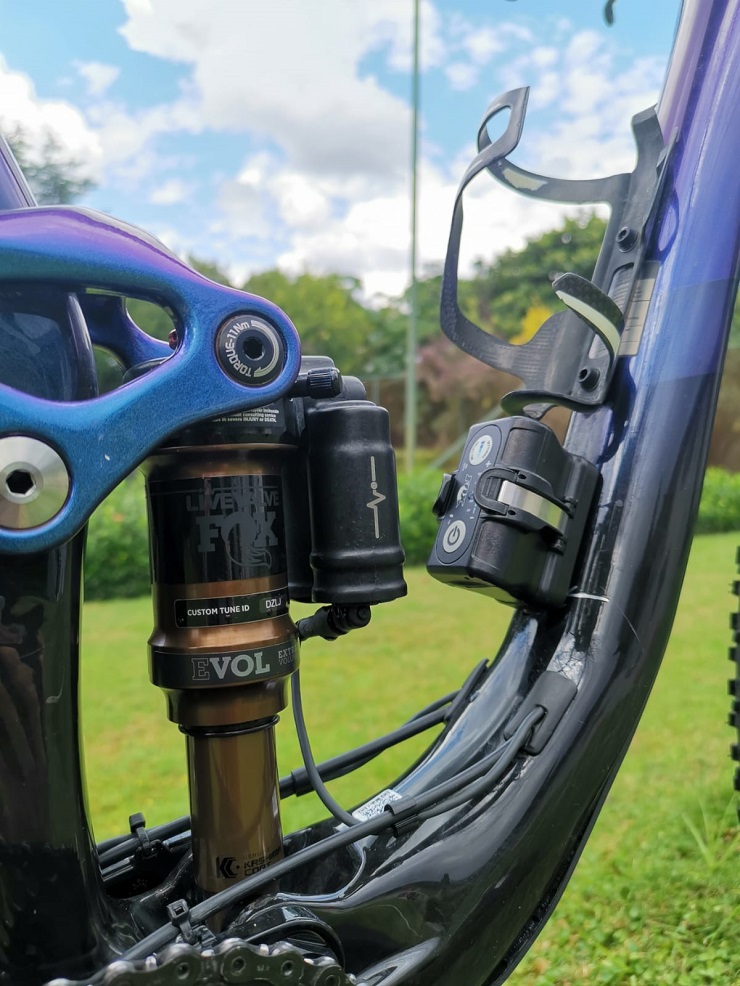 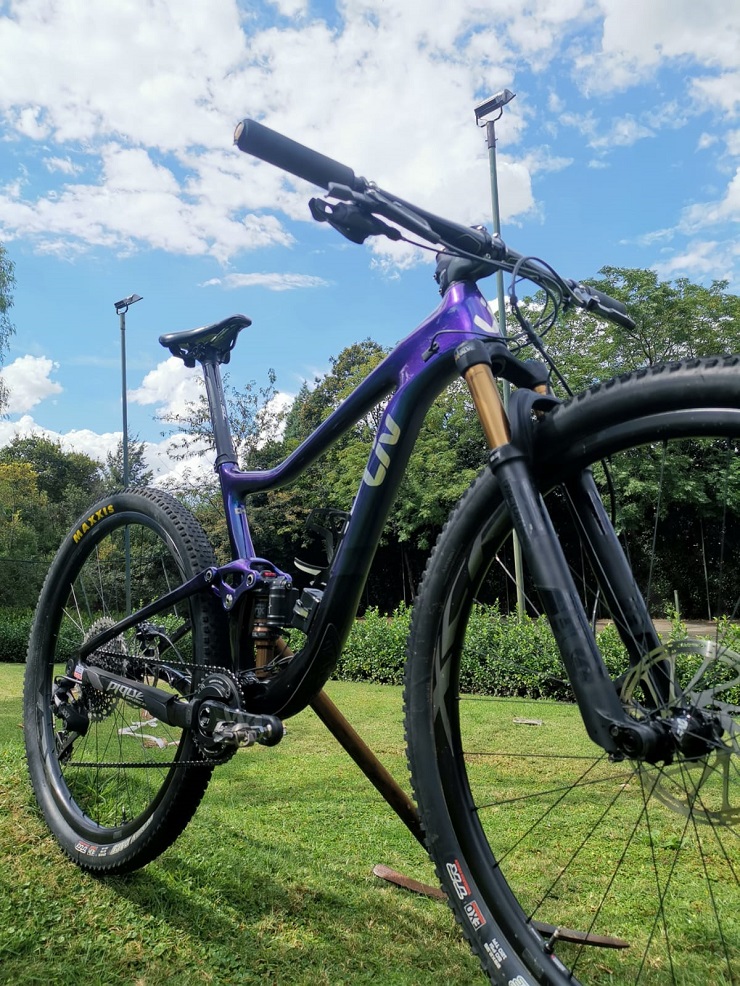 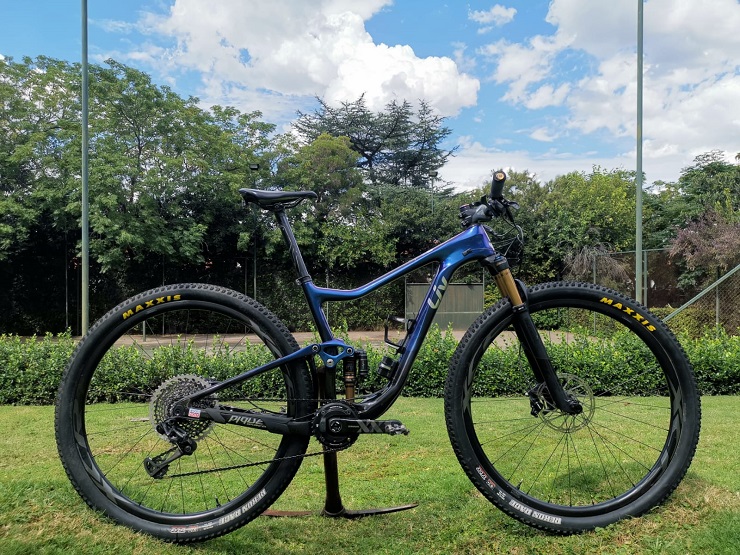 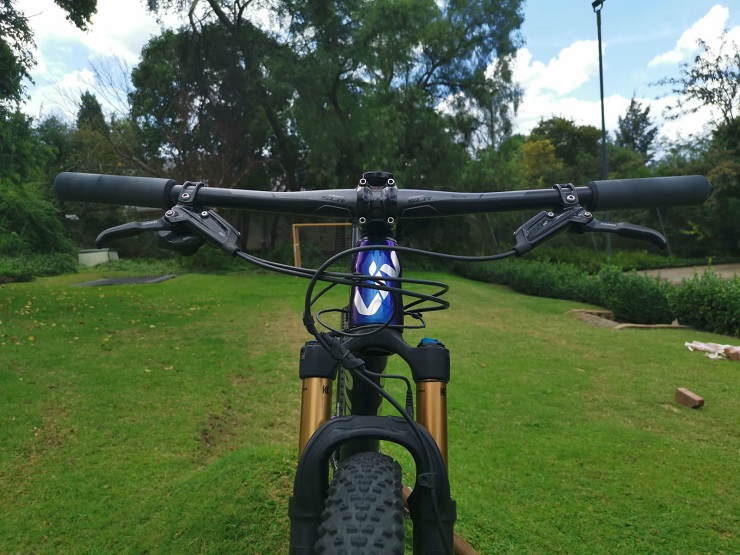 A second characteristic she enjoys is the comfort it offers through rock gardens and other technical sections which, she says, allows her to choose and keep her chosen line with ease.

It is also very nimble, especially when climbing in a standing position.

“The live valve suspension immediately locks and the bike drives forward in an instant and there is none of that terrible suspension lag.”

Before her Liv days, her number one issue was lower back pain.

“I always struggled and used to blame the fact that my core wasn’t strong enough. But, from my rowing days and strength work in the gym, I actually have a super strong core.

Hill says it is important for her to train on the same equipment she races on and therefore her new Liv Pique does double duty.

She uses her racing bike from last year – a 2018 Giant Anthem Advanced Pro 0 – when presenting skills clinics to new Liv owners to minimise wear and tear to her racing equipment.

“The geometries and feel are different between the two bikes. My muscles activate slightly differently, which is why I prefer to train and race on the same bike.”

As a rule of thumb, Hill does not tinker with her bike set-up ahead of races.

“If it ain’t broke, don’t fix it,” she says. “Just maintain all working parts and keep track of wear and tear of components.”

Her set-up is “quite aggressive”, which she jokes “makes me feel fast”.

“I rotate my handlebars in such a way that it makes my elbows stick out quite a bit. This gives me more control when I’m cornering and descending.

“Nothing is out of the ordinary. The bike comes almost already fitted for you. That’s what Liv is all about – making bikes that fit you.”

Hill feels the choice of tyres is important, pointing out that Liv mountain bikes come standard with Maxxis tyres.

“I like the Rekon Race model because they are fast and great for the dry, rocky terrain that we have here in Johannesburg as well as at races such as the Cape Epic.”

Although some riders like to go a size up (3.35 inches) in the front, she sticks to 2.25 front and back – except when racing overseas in the snow.

When it comes to tyre pressures, she describes herself as a “feel it” kind of athlete.

“Every pump is different, so I always tell people I like my tyres squishy,” she says, while pointing out that underinflated tyres can increase the risk of punctures.

Her handlebars are slightly wider than the norm.

“It’s from my downhill days. I like the comfort when I descend and corner. It’s a handy lever.”

Trying to shave off every ounce of weight on her bike is not high on her agenda as it can turn into a slippery financial slope but she freely admits that “if I could, I would”.

Hill loves the fact that she “can do anything” on the Liv Pique, jokingly saying it “it’s as versatile as me”.

She trains and races with Giant’s XCR-0 Composite WheelSystem and chooses the SRAM XG-1295 Eagle 10×50 standard cassette in combination with a 34-tooth (32-tooth is standard) SRAM XX1 Eagle DUB round chainring for all her racing. Her chain is a SRAM XX1 Eagle.

This article is published in partnership with Dragons Sports.