The Astana Pro Team won stage one of the Giro d’Italia Virtual, which took place yesterday. 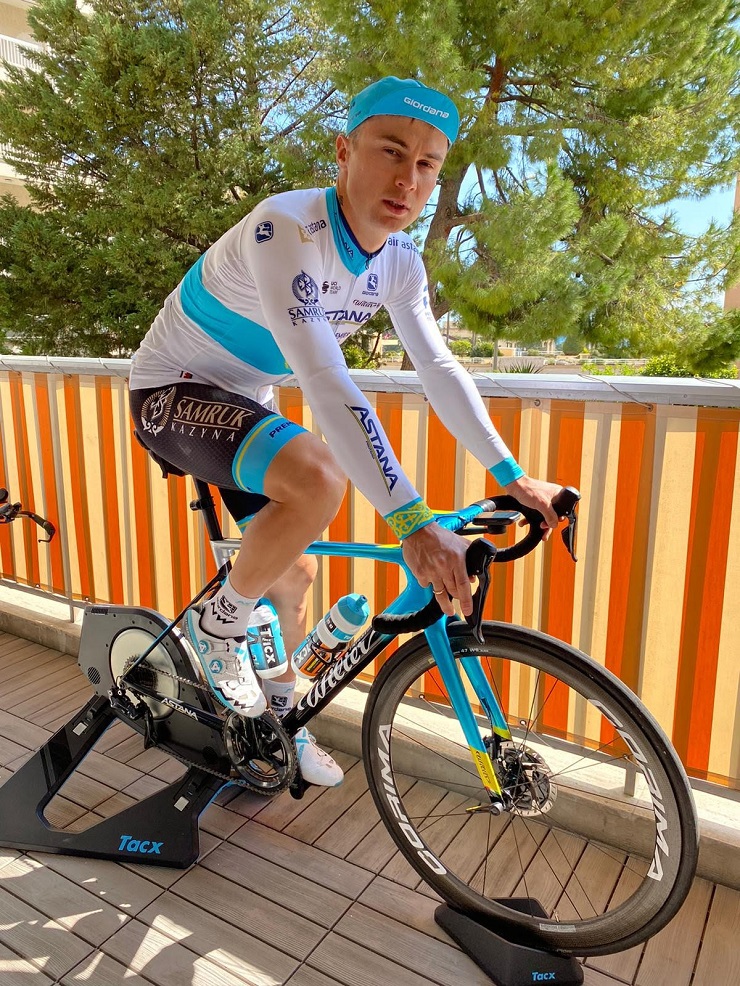 Astana Pro Team’s Alexey Lutsenko was the fastest finisher on stage one of the Giro d’Italia Virtual yesterday. Photo: Supplied

This was stage 10 of the postponed real-life event (from San Salvo to Tortoreto Lido), with riders tackling the final 32.1km of the stage, starting from Controguerra.

The team’s two riders – Alexey Lutsenko, who claimed the best individual time, and Davide Martinelli – crossed the line in a combined time of 1:35:04.

The duo took the event’s first Maglia Rosa and have an advantage of 6:46 over the Italian national team (Elia Viviani and Samuele Zoccarato), and 9:40 over Team Bahrain-McLaren (Fred Wright and Grega Bole).

“This whole initiative really is great. At a time like this it’s good to see the sport of cycling finding new ways to give something back to the fans while also raising funds for the Italian Red Cross,” said Viviani.

“As an athlete, I’m more than happy to participate. It’s a genuine challenge for a rider as you’re pedalling an accurate simulation of climbs that truly do feel like the real thing. It’s an experience. I’d recommend it.”

In the women’s race the general classification is led by Trek-Segafredo (Elisa Longo Borghini and Lizzie Deignan).

Virtual races are being staged during the ongoing lockdown due to the coronavirus pandemic.