Phil Liggett, the Voice of Cycling, has commentated on the world’s top races for the better part of five decades. We spoke to him while in lockdown in South Africa to find out which stories stand out. We will bring these to you in a series of articles titled Memories of the Peloton with Phil Liggett. 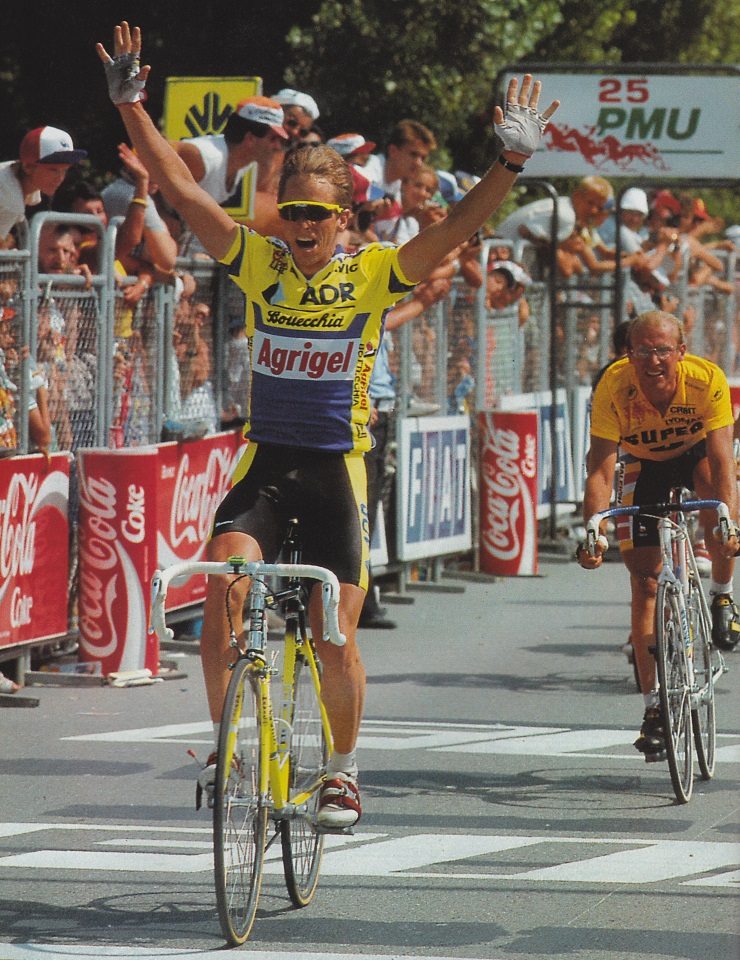 The 1989 Tour de France, in which Greg le Mond defeated Laurent Fignon by eight seconds, stands out as the best for Phil Liggett. Photo: Photo credits/Anders

As you know, I’m locked down here in South Africa and still have several days to go before having an outside chance of repatriating to the United Kingdom.

For me, it has been an interesting period in many ways. Being locked away from cycling racing in general, especially the spring classics, is something I haven’t experienced in over 50 years and so it is a totally new season for me – and for many cyclists.

When I’m among cycling fans, I’m always asked which is the best Tour de France I’ve ever seen and to me there is no hesitation: It was 1989 – Greg le Mond’s victory over Laurent Fignon in the last 250m of the race after three weeks of terrific racing.

The Tour was always going to be special from the minute it started in Luxembourg. I remember the defending champion and last to start, Delgado, didn’t show up for the prologue. He was warming up and had completely misjudged his start time.

He was in the side streets riding his bike – unlike in modern-day races where you get on your turbo rollers next to the team bus. The clock starts when you should be there and not when you get there and so he was last on the Tour.

Then we had a team time-trial and disaster struck again. He was sick and dropped by the team and they were forced to nurture him to the finish. So, when we rolled away from Luxembourg, he was dead last and minutes behind. In those next three weeks he had climbed from a 198th to third.

That was the preamble to the Le Mond-Fignon battle. And it wasn’t just the fact that Le Mond had turned the tables in that final time-trial into Paris from Versailles, it was the fact that they had gone head-to-head the whole way.

Greg was losing his teammates left, right and centre. Fignon was on cracking form; he had already won the Tour twice before and Greg was coming back from a terrible hunting accident in which his brother-in-law accidentally shot him when they were hunting turkeys.

And so, after nearly two years out of the business, Greg came back and lo and behold went head-to-head with one of the riders of the time. Whatever Laurent did, Greg did. Whatever Greg did, Laurent fought back and did as well.

For example: Greg would take the maillot jaune, so Laurent would go out and take it back. Greg would win a stage – Fignon would win a stage. Then Fignon seemed to build a lead – it was around the minute mark after three weeks of racing. And then we came to that final day having had an extraordinary week of reporting.

Could the great comeback ever materialise for Greg le Mond? It was deemed impossible.

I was outside the Palace of Versailles, which is where the final day’s time-trial started. Because of the climax to that race, I really believe it is the reason the organisers have never finished with a time-trial again. They could not repeat it.

So, back in 1989, we’re outside the palace, it was overcast. I was with Paul Sherwen and did a piece to camera, which was recorded and sent via satellite to London for the opening of the programme at 2pm.

And I asked Paul, “Who will win the Tour?”. And he said, “Well it has got to be Laurent Fignon. It is a short time-trial (only 24km) and his lead is almost a minute and they both ride good time-trials. There is no way Greg can get that amount of time back in such a short distance – it has got to be Fignon”.

Well, I looked at the camera and said, “I think Le Mond will win the Tour de France and I think he will win it by six seconds”. We stopped the camera and sent the tape to London, got in the car and drove off to the centre of Paris for a coffee, where Paul asked me, “What did you say that for?”.

I said, “Look, because Fignon is going to win the Tour, I don’t want the viewers to turn off. And, if Greg did turn the tables, it could only be by a few seconds”.

And so we came to the final afternoon and we started to commentate. It was all about the last two riders. They started apart by a couple of minutes and Paul had worked out precisely what Greg had to do in terms of kilometre gain to overhaul Fignon – from memory it was 1.2 seconds per kilometre.

And he was doing it. It was unbelievable. And then Greg finished: he came down the Champs-Élysées, screamed over the finishing line, best time. All that was left, was for Fignon to finish. He turned at the Arc de Triomphe and came charging down. At 200-plus metres to go I remember shouting, “I don’t believe this, Laurent Fignon has just lost the Tour de France“.

As he hit the line, I counted the seconds. I could so easily have been wrong, but I was right. And it was eight seconds. And I said, “Laurent Fignon has lost the Tour de France by eight seconds”.

In front of me was Greg, jumping into the air with his wife Cathy – both screaming. Fignon flashes past my commentary position, rides straight into the waiting photographers, falls on the floor. He was writhing in agony and crying. One was crying for joy; one was crying for the sadness of losing the Tour in the last 200m.

And then, from London, my producer came across and said in my ear: “Next time Liggett, get it bloody right”. I had predicted six and Greg had won by eight.

So that was the story of what was a great tour. That night, Paul and I wrote a letter to [race director] Jean-Marie Leblanc and told him he had organised the finest Tour that will ever be seen and we congratulated him.

Going home on the boat the next morning, I turned to Paul and said, “And you Paul, I think you should announce your retirement because you will never commentate as well again”. He got it absolutely spot-on.

For me, Greg’s comeback was special. The following year, he signed a deal worth USD 5.5-million with Z, which was the biggest signing by anyone. And in the deal was that he would win the Tour again, which he did.

As a result of that, Greg told me, “Hey, I’ve done what I said I would, my contract has still two years to run, but I have won the Tour (his third)”. The pressure was off.

Would Delgado have been a factor? We will never know. We had a great two-way bike race but could well have missed out on an even better three-way battle.

Read the second and third articles in the series.