Organisers of the Vuelta a Espana have decided to cancel the official departure of this year’s event from the Dutch regions of Utrecht and North Brabant. 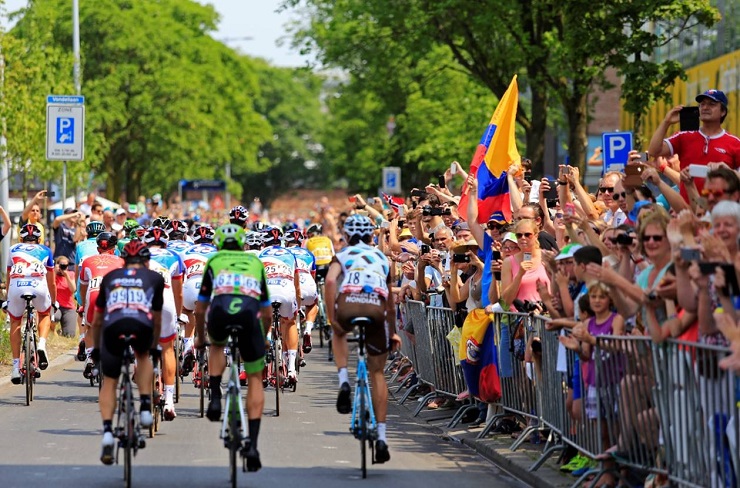 The departure of this year’s Vuelta a Espana from the Dutch regions of Utrecht and North Brabant has been cancelled. Photo: Supplied

The decision was made due to the reorganisation of the 2020 calendar caused by the global Covid-19 pandemic.

Measures have also recently been implemented by the Dutch government forbidding sporting events until September 1.

The opening stage, a 23.3km team time-trial, was destined for Utrecht on August 14.

This would have been followed by a stage from ‘s-Hertogenbosch to Utrecht, as well as stage three with its start and finish in Breda.

Despite wishes to keep Utrecht, it has not been possible to find a new date, given the new constraints.

“It is clear that there is great disappointment in Utrecht, Breda, ‘s-Hertogenbosch and the provinces of Utrecht and Noord-Brabant,” said Vuelta Holland director Martijn van Hulsteijn.

“We were ready to organise a fantastic event in the weekend of August 14, 15 and 16. Since we heard of the change in the UCI calendar, we have discussed with all parties to find out if the start in the autumn would be possible, but it turned out to be too difficult of an assignment.

“Moving three stages, on three days, through 34 municipalities, with start and finish places in various places, turned out to be a bridge too far.”

Relevant parties are working towards resuming the departure from the Netherlands project and 2022 has been touted a potential date.

“We have seen so much enthusiasm and a very high degree of involvement. It is a pleasure to work like this,” said Javier Guillen, who is the general director of Unipublic – organisers of the Vuelta.

“The very least we can do is to begin exploring the possibility of departing from the Netherlands in the near future, and we trust that we will be able to do so as soon as possible.”