Six years ago, architect in the making Brandon Downes had no idea that a gentle prod by his colleagues would lead to an exciting career change. 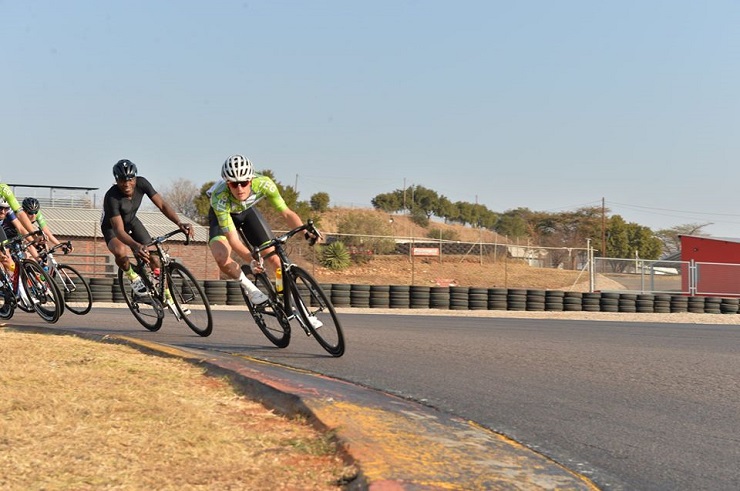 Brandon Downes, a member of TEG Pro Cycling, swapped a promising career in architecture for an eventful one on the bike. Photo: coolfotos

The firm at which he was doing his internship needed a representative in what is now called the 947 Ride Joburg race and, as an active hockey player at the time, he was considered their best option to save face.

Before he knew it, he had been coaxed into entering and found himself reluctantly purchasing a bicycle. Little did he know then that the first seeds were sewn from which his new career would grow.

It was immediately evident that he had a knack for the sport and as his time on the bicycle increased, his commitment to hockey suffered.

“I realised I had to make a decision whether I was going to continue playing hockey or cycle more seriously,” says the 29-year-old, for whom the wheel had turned full circle when he lifted the winner’s trophy at 947 Ride Joburg two years ago.

Local successes led to opportunities to compete internationally, which motivated him to keep going.

“It was these little things that kept me interested and kept me pushing the envelope to see what my true potential was.”

A victory in France led to his first pro contract, with Team BCX, in 2018, where he found himself deputising for sprinters of the calibre of Nolan Hoffman and Clint Hendricks.

That decision ultimately meant he had to step away from the drawing board.

Apart from winning Joburg’s big one at the end of that season, it was largely a year in which his personal ambitions played second fiddle to that of the team’s.

However, his performances caught the eye of TEG Pro Cycling, who signed him for 2019, and his racing calendar led him to races such as the Volta Ciclista Provincia de Valencia and the Vuelta a Tenerife in Spain.

This season, he placed second overall in the Tour of Good Hope before racing was suspended due to the coronavirus and national lockdown.

There have been moments, however, when he thought his newfound career might be over. Three serious crashes, all within a few months, left him questioning his future in the sport.

The first was in 2017 upon his return to South Africa after stints in Belgium and France.

“I was switched and ended up breaking my left elbow, which required an operation (and the insertion of metal pins).”

His second accident came during the team time-trial at the Tour de Limpopo in April the following year.

“We were about a kilometre from the finish when a teammate and I touched wheels and I ended up going down at over 80 kilometres per hour,” recalls Downes, who was fortunate to walk away from a major crash with a bad case of road rash and, despite haemorrhaging time, second overall.

A few months later, the Lowveld Tour was less forgiving. He was heading towards his team vehicle at the rear of the peloton when the chief commissaire accidentally drove into him.

He cracked his already injured elbow in the fall and was rushed to hospital where they had to remove some of the pins to assist with the joint’s healing.

Mentally, he rates overcoming what could have been career-ending crashes as one of his biggest achievements.

“I think it’s how you overcome these big obstacles that really define your character.

“A big lesson to be learnt from cycling, and I think it relates to most sports, is to not take things for granted.

“What matters, is how well you are able to manage the downs so that you can look forward to the ups.”

While lockdown has thrown the team’s calendar off its axis, the Johannesburg-based pro has been focusing on the resumption of the season.

“Everyone goes through a phase where they are unmotivated to train but it’s about remaining consistent,” says Downes, who has found virtual riding an interesting change.

But he is really looking forward to meeting up with his cycling buddies and facing his adversaries in the real-life peloton.

“To have that camaraderie and rivalry back would be really great.”